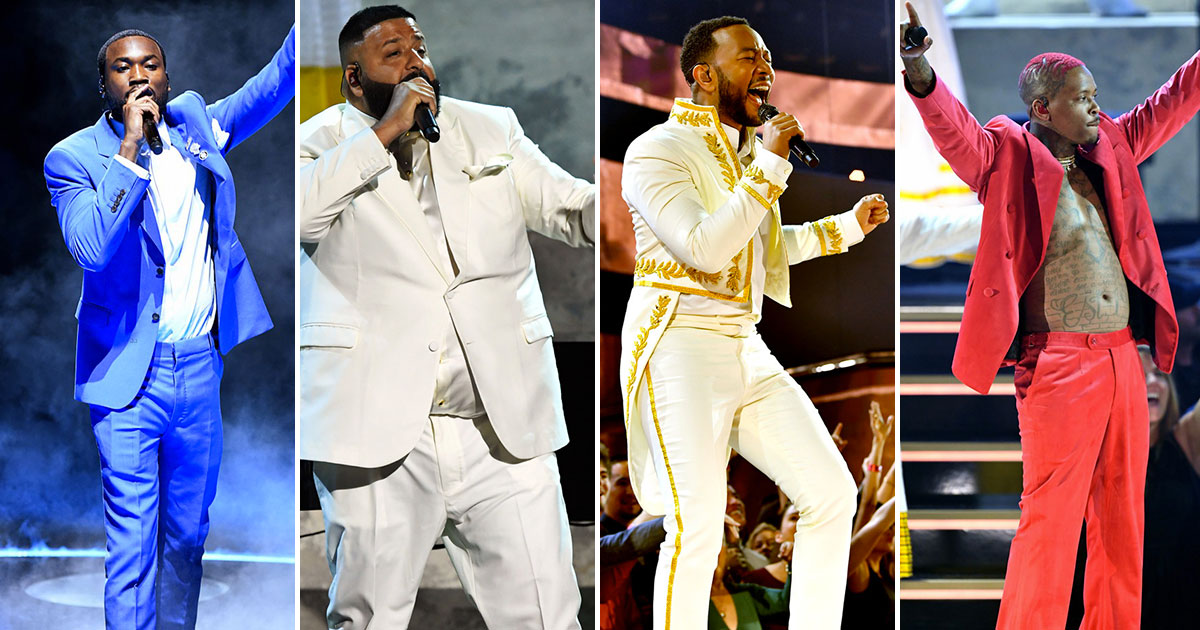 Ahead of Sunday evening, the Grammys lined up a tribute to the late Nipsey Hussle nearly a year after his shooting death in March of last year. Tragically, his tribute would find itself making room for two as he was ultimately projected alongside Kobe Bryant after the basketball legend passed away earlier in the day.

The lineup of artists set to honor Nip found itself being all-too-fitting, however, as Los Angeles’ YG and Roddy Ricch found themselves among collaborators Meek Mill, DJ Khaled, John Legend and gospel mainstay Kirk Franklin as they led an emotional rendition of Khaled’s “Higher” featuring Legend and Nip before the crowd gathered inside of the Staples Center.

Earlier in the evening, Nipsey Hussle earned his very first Grammy after posthumously winning the prize for Best Rap Performance for his “Racks In The middle” track. His family, including Lauren London, his grandmother, his brother, daughter, and sister all accepted the award on Hussle’s behalf.  As for Kobe, host Alicia Keys called on Boyz II Men for an impromptu performance of “It’s So Hard To Say Goodbye To Yesterday” before displaying his No. 8 and No. 24 Lakers jerseys above the crowd.