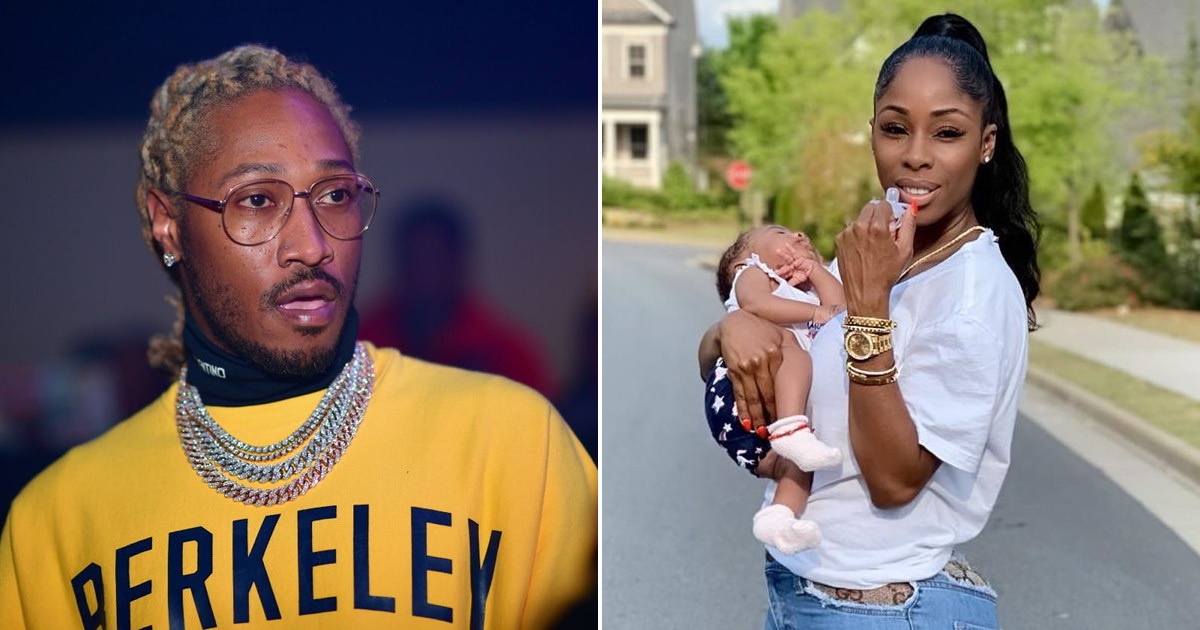 Dumb and deadbeat are still going at it. Future’s attempt to have an injunction for stalking ordered against his alleged baby mama, Eliza Reign, has been dismissed for lack of substantial evidence.

In the latest development of Future’s legal battles with one of his alleged baby mamas, Eliza Reign, the rapper’s motion to have an injunction for stalking issued against Eliza has been tossed by the judge, who claims that Futue does not have enough evidence to prove that Eliza is a direct threat to his safety. Future and Eliza have been battling it out through the court system for over a year now, ever since she claimed him as the alleged father of her daughter, Reign. While Eliza has been imploring Future to take a paternity test and prove whether or not he fathered her child, Future has claimed that Eliza has been stalking him since October of 2018.

In Future’s official complaint, he accused Eliza of “threatening to hurt him or expose him to public ridicule unless he gave in to her demands.” He claims that she would send him up to 50 texts a day until he finally had to change his phone number. His court papers read that Eliza caused him “substantial emotional distress” by harassing him over social media and speaking publicly about their past relationship, acts that “served no legitimate purpose.” He also alleged that she lied about him and his entourage threatening to kill her on separate occasions. “The respondent has essentially spent the last year posting videos and pictures directed at me in an effort to harass me, harm me, my reputation and career all because I will not be in a relationship with her and still do not know if the child is actually mine,” Future wrote in the complaint. “She is now starting to make posts not only directed at me but my girlfriend as well.”

“She is using my celebrity status and name to garner attention for herself while causing me extreme emotional distress,” he continued. “It is clear that the respondent is obsessed with me and I am concerned that her mental health is declining and this matter is going to go from stalking/harassment to her harming me.” Because of her alleged behaviour, Future implored for an injunction that would bar Eliza from continuing to stalk him. However, the judge has denied the legal remedy, indicating that his statement does not substantially prove that he is in immediate danger of domestic violence, stalking or cyberstalking. Eliza’s lawyer contended that this case was Future’s attempt at lowering the amount of monthly child support he would owe her. She is currently seeking $53,000 a month.