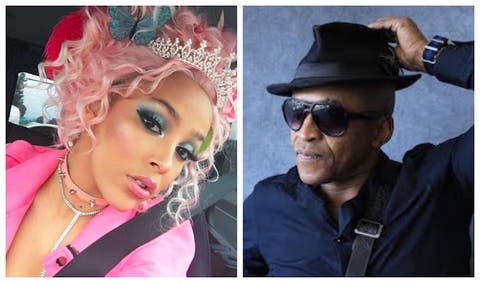 Doja Cat’s father Dumisani Dlamini said that reports of him and his daughter not knowing each other are false.

There may not be many public details regarding Doja Cat and her relationship with her estranged father, but the pop singer has repeatedly stated that he’s been absent from her life. Recently, Doja Cat met Whoopi Goldberg for the first time and mentioned that the actress knows her father, Dumisani Dlamini. “I’m just thinking about my dad ’cause he was in Sarafina! so seeing you and meeting you is like the craziest thing,” Doja told Whoopi.

SWIPE LEFT😳😳😳😳 US Rapper Doja Cat On How She Has Never Met Her Father Dumisani Dlamini Did u guys know that @dojacat ‘s dad is Dumisani Dlamini well known as CROCODILE from Sarafina or if you remember him from Yizo Yizo as Chester. @dojacat is well known for her hit song ‘SAY SO’ and she recently bumped into Whoopi Goldberg (Whoopi acted in Sarafina with her dad). Although @dojacat appeared to be disappointed about how she’s never met her dad 😰🤷🏽‍♀️@whoopigoldberg let her know that “he is a good man” #dojacat #dojacatsayso #sarafina #dumisanidlamini #blackgirlsinmedia #whoopigoldberg #blackgirlsinmedia #enews #hollywood #gossip #media #entertainment #news

Whoopi Goldberg couldn’t believe the coincidence, either. Doja Cat added, “I didn’t get to meet him but you did.” However, Dumisani Dlamini tells a different story. He reportedly chatted with Metro FM last week and said that he’s been actively trying to get into contact with Doja and even stated that he spoke with her before she launched her career into stardom.

“I have been looking for my daughter as well,” he reportedly said. “You mustn’t forget these Americans. Americans will always want to have something to cause a stir so that she stays in the media and is talked about around the world.” Dumisani was also told about Doja meeting Whoopi Goldberg and mentioning that she doesn’t know him. He called it a “made-up thing.”

“I have tried to search for my baby and the company that runs her entertainment has been blocking me. They know that if I could get hold of her, maybe she will disappear from the picture… I know my daughter, wherever she is, is looking for me,” Dumisani added. He then spoke of his previous conversation with Doja Cat. “She got hold of me. We spoke. We connected. Now, at this time when she is there and on top, she has to grab the whole world[‘s attention], especially in S.A. because she is a South African and her daddy is here. It’s a made-up thing.”