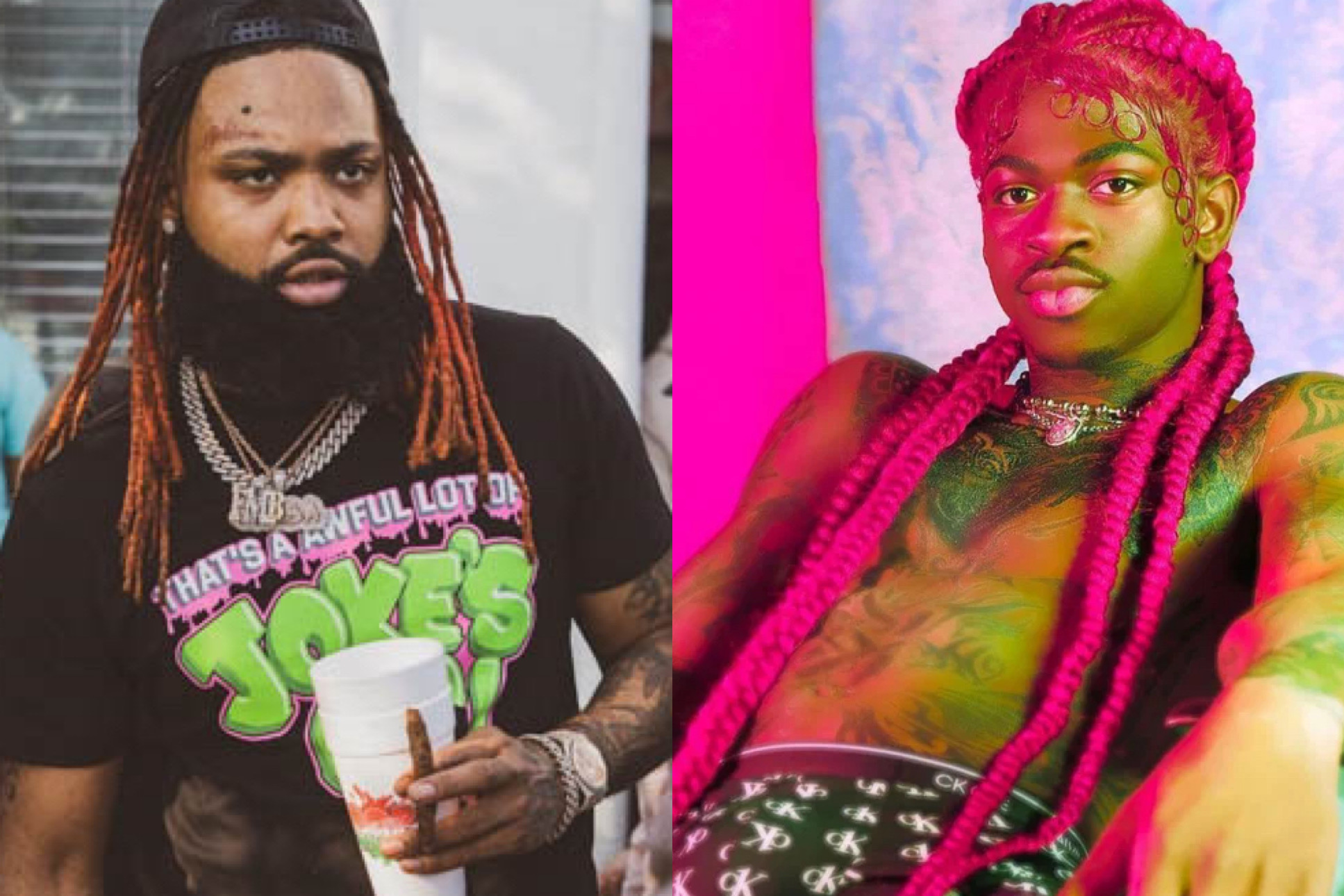 Y’all remember when Dave Chapelle used to hit us with those ‘When Keeping it Real Goes Wrong’ sketches? Well, Sada Baby wishing death on Lil Nas X with his whole chest in a disturbing post-and-delete on Instagram may have fit right in.

Detroit rapper Sada Baby is in the news this morning after posting and deleting a message on Instagram where he wishes death on Lil Nas X following the news that DMX was hospitalized over the weekend following a drug overdose. Sada Baby was recently exposed following the success of his song “Whole Lotta Choppas” for many old tweets that were sent from his account. The posts were homophobic, making numerous insults against gay men and calling them “f***ots”. He also spoke about his hatred for dark-skinned people and how he wanted to rape a woman.

Sada is back in the news for his recent similarly-worded post following the news that DMX was hospitalized and remains in a “vegetative state” following a drug overdose. In the post, which has since been deleted, Sada wishes death on Lil Nas X, who recently shook social media up with his latest single “MONTERO” in addition to the music video, in which he gives the devil a lapdance.

“Lord we said Nas X, not DMX,” wrote Sada Baby, wishing death on the gay rapper. It isn’t surprising to see Sada take this stance given his previous homophobic posts. While he apologized for his recent controversy, many saw through his words. “Y’all kan find every and any old tweet in the world from me. I don’t kare. I’m not logged into my Twitter and haven’t been for months,” he said at the time. Sada seems like one of those straight guys who feel it somehow validates their masculinity by being extremely homophobic and unnecessarily hateful to those in the LGBTQ community, when in reality..it really just shows their own insecurities. Pull your skirt up, sir.

What do you think of Sada’s bigoted comments toward Lil Nas X?