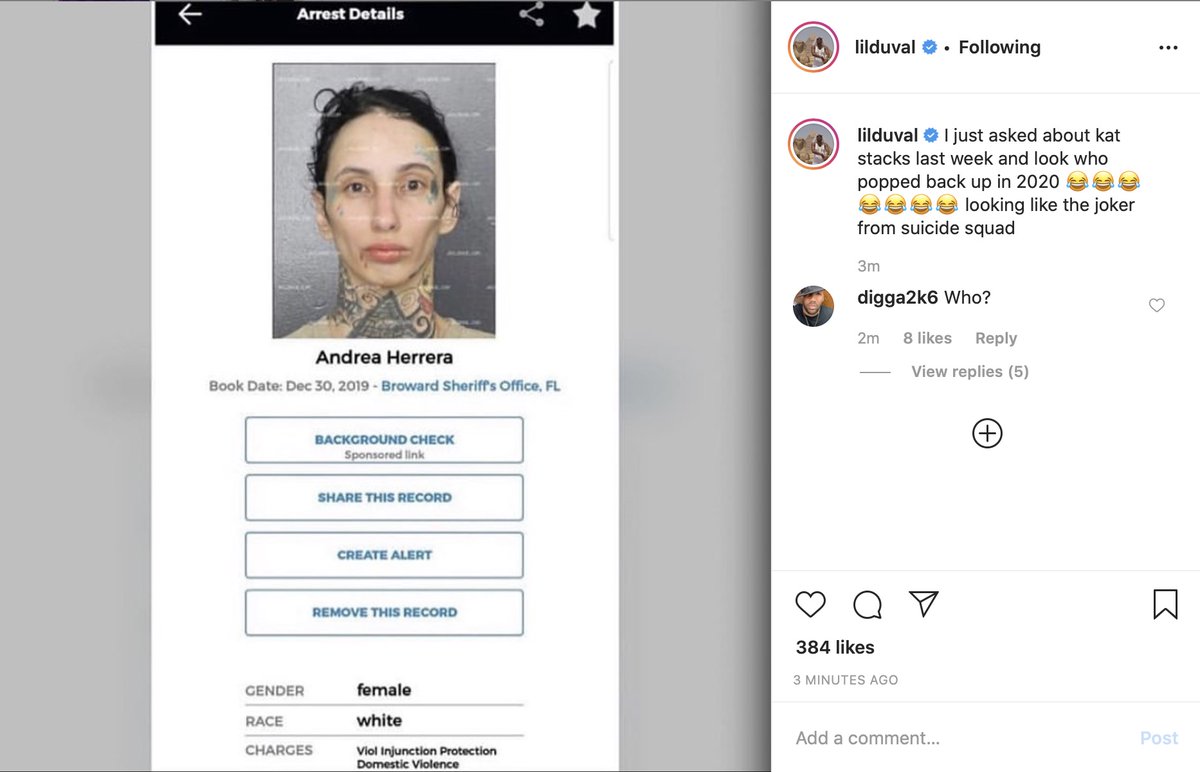 Who else forgot about (or was seriously trying to forget) Kat Stacks? The infamous hip-hop groupie was notorious at the beginning of last decade for sleeping around with some of the industry’s hottest rappers of the moment. We hadn’t heard from/about her in years and, like everybody else who’s totally tired of her replacement Celina Powell, Lil Duval did some digging and found that the former video vixen is actually in jail right now. He proceeded to clown her for her mugshot, which he believes is worthy of a spot in a popular movie.

“I just asked about kat stacks last week and look who popped back up in 2020,” wrote Lil Duval on Instagram, posting a copy of her mugshot. The comedian laughed hard when he realized that she shares a resemblance with Jared Leto’s character in a recent film. “Looking like the joker from suicide squad,” joked Duval.

Kat Stacks, whose real name is Andrea Herrera, was allegedly arrested on December 30 for domestic violence according to the information in Lil Duval’s post. Stacks has been referred to as the “original” social media thot, flaunting a similar persona to many of the clout chasers we see today but never reaching the level of success she sought after. Who misses her? Anyone? Didn’t think so.