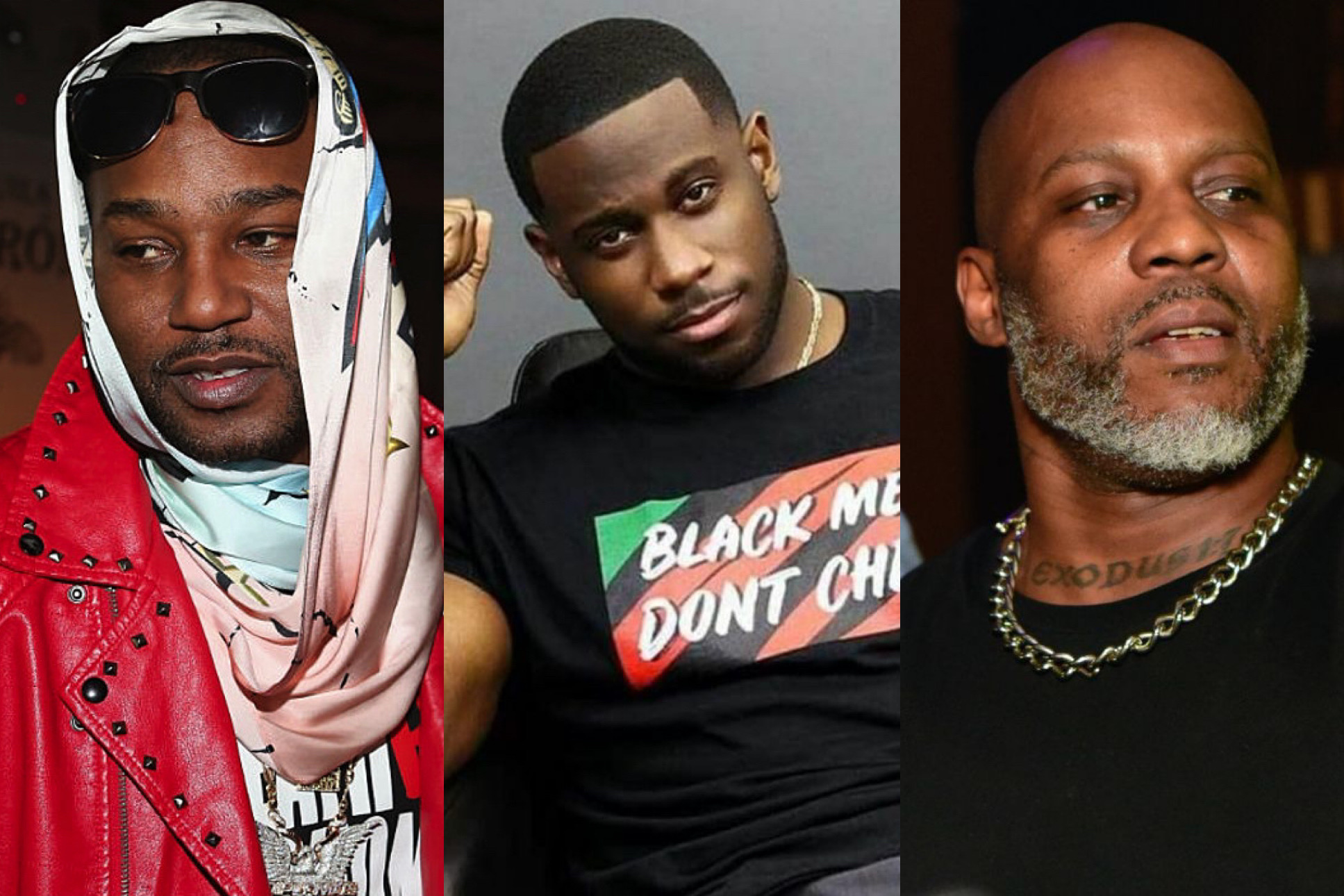 I mean, Derrick Jaxn’s personal struggles really has nothing to do with him showing love to a legend who passed…so this seems more like pandering on Cam’s end for me.

Derrick Jaxn built a brand off of being a relationship guru offering sound advice to women and men on being faithful. Unfortunately, he didn’t even follow his own words and was later exposed for cheating on his wife. He owned up to it but that wasn’t enough for people to forget about the scandal.

Dipset rapper, Cam’ron, in particular, has been hounding Jaxn over the last week for some reason. Cam unleashed a scathing rant against Jaxn, comparing him to Waldo from Family Matters, among other things. Jaxn never responded but Cam isn’t one to simply let go of things without having the final say. On Friday, Jaxn, like many others, shared a tribute to DMX on his Instagram page. Cam was not pleased about this and continued to call out the YouTuber. “This n***a been low since he got caught cheating. Now he wanna resurface with this post. I know/knew X personally. He don’t fuck wit ya kind homie,” he wrote. “Don’t try and use the sympathy card n***a. FOH go figure out how to lie, trick more woman and shit on n***as on ya own n***a.”

Artists like Slim Thug and T.I. co-signed the statement in the comment section but when it landed on TheShadeRoom’s page, that’s when Jaxn fired back. “Big homie, you acting like I cheated on you,” he wrote in response to Cam’s comment. “This ain’t the type of event to use to voice your hurt feelings about me. Respect this brother’s legacy and his family more than you’re doing right now.”

Cam never actually specified what Jaxn did exactly to warrant this type of tension between them. In having the last word of the situation, the Dipset leader revealed that Jaxn was sitting on his high horse at the time Cam and JuJu split. “You shoulda never never tried to talk crazy when me and my ex broke up. Our time was just up. I ain’t get caught cheating, lying etc. you da biggest cloutchaser I seen n***a,” Cam said, adding that Jaxn’s only replied to him because TheShadeRoom is watching.

“Somebody shoulda told you how I play,” Cam continued. “And fuck outta here wit the ‘mans legacy’ shit you don’t care. You just looking for something to post where people don’t remind you of the foul n***a you are Waldo.”

Check Cam’s comments below. Who do you think is in the wrong here?