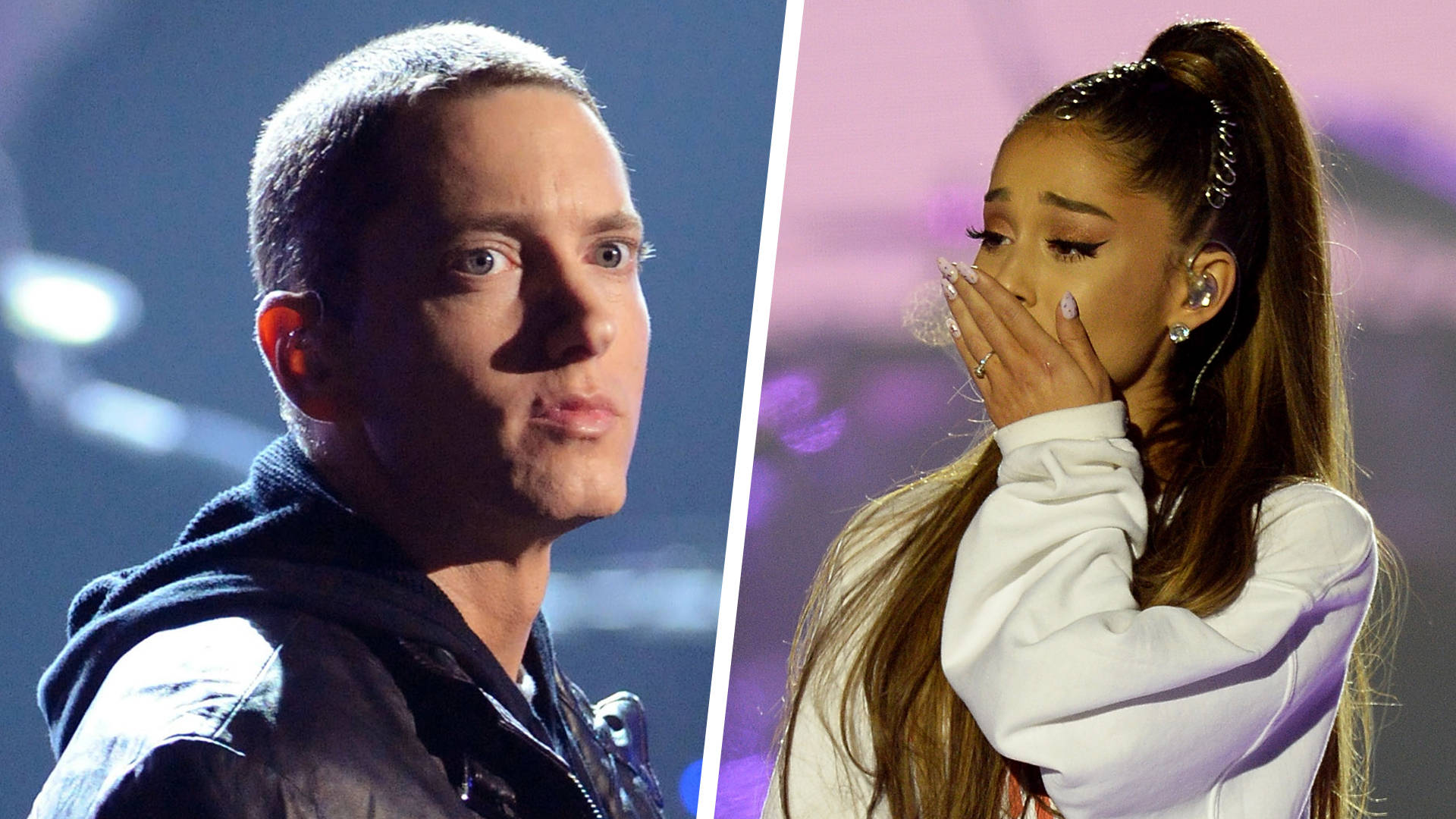 It wouldn’t be a proper Eminem release without some controversial lyrics.

Now, you know Marshall Mathers can’t come back onto the scene without ruffling a few feathers. On Friday (January 16), Eminem surprised the masses with a brand new album titled Music To Be Murdered By. The Alfred Hitchcock-inspired project was immediately a hit with fans and non-fans alike, but in true Eminem form, his lyrics were scrutinized and critics came for the Detroit rapper with a vengeance.

It’s your funeral… #MusicToBeMurderedBy Out Now – link in bio

While Nick Cannon is somewhere waiting for Em to respond to the plethora of diss tracks the Wild ‘N Out mogul has continued to release, Eminem did mention at least one foe on Music to Be Murdered By. He rapped, “I’m a sight to see, but you can see from the ring I’m wearing / Me and this game, we got married already / Had the prenup ready, f*ck all that ever seen her belly / She barely was three months pregnant / B*tch had to give me a baby, we named it Machine Gun Kelly.”

After insinuating that he helped birth all that is MGK, Eminem also said on “Unaccommodating”: “But when they ask me is the war finished with MGK? Of course it is / I cleansed him of his mortal sins / I’m God and the Lord forgives.” While his Machine Gun Kelly quips caught the attention of his audience, social media lit up over his line that mentioned Ariana Grande.
“But it seems like the more they studied my music, the more they remind me of eyeballs / I’m watching my pupils get cornier (Uh) / But I’m contemplating yelling “bombs away” on the game / Like I’m outside of an Ariana Grande concert waiting.” The line, of course, nods the Manchester Arena suicide bombing that occurred at an Ariana Grande concert. Twenty-three people died and over 130 others were injured, and Ariana has spoken about how the incident has given her PTSD.

Throughout Music To Be Murdered By, Eminem uses his platform to highlight hip hop artists that he respects while also calling attention to controversial moments involving violence including bombings and shootings. Cancel Culture was quick with this one, so check out a few responses to Eminem’s “Unaccommodating” below and let us know what you think? Was this one a bit too much?

Eminem dropped a surprise album on the day of Mac Miller’s post-death album to talk about his temptation to drop bombs and I quote as if he was outside an Ariana grande concert. The cheek levels are sky high. Only a white man could go this far in 2020.

Eminem singing "I’m contemplating yelling bombs away on the game like I’m outside an Ariana Grande concert" is being applauded? It's fucking insensitive. Call me a cupcake idc but it's fucking disgusting. It was traumatic for both @ArianaGrande and her fandom.

ariana herself defended pete when he made jokes about manchester and also joked about jonbenet with her friend? she knows exactly who eminem is. relax. https://t.co/mIt7XtAp44

this was so unnecessary. and eminem has made a refernce about the manchester attack and ariana before in kick off like wtf pic.twitter.com/Igm670Z2cK

“I’m contemplating yelling bombs away on the game like I’m outside an Ariana Grande concert.”

Eminem literally just used a horrific terrorist attack that killed 22 innocent adults/children for a punchline in a song.
i am disgusted. pic.twitter.com/7QBjm4B773

Everyone! Please share this image to any Ariana Grande Stan who wants to cancel Eminem pic.twitter.com/mFaTZpDPHc

I know eminem just wanted the ariana promo by adding that line so I won’t be giving it to him pic.twitter.com/jbO9CSJrkp

eminem is a washed-up has-been. that ariana lyric of his is just a pathetic attempt to get attention pic.twitter.com/Lxhn8TuNAu

eminem literally just made a joke about the manchester bombing at ariana grande’s concert… that is just so fucking sick, y’all better not give this man any attention. people literally lost their lives, and you’re going to release music and try to make a profit off of them? pic.twitter.com/mKJo06RL9p