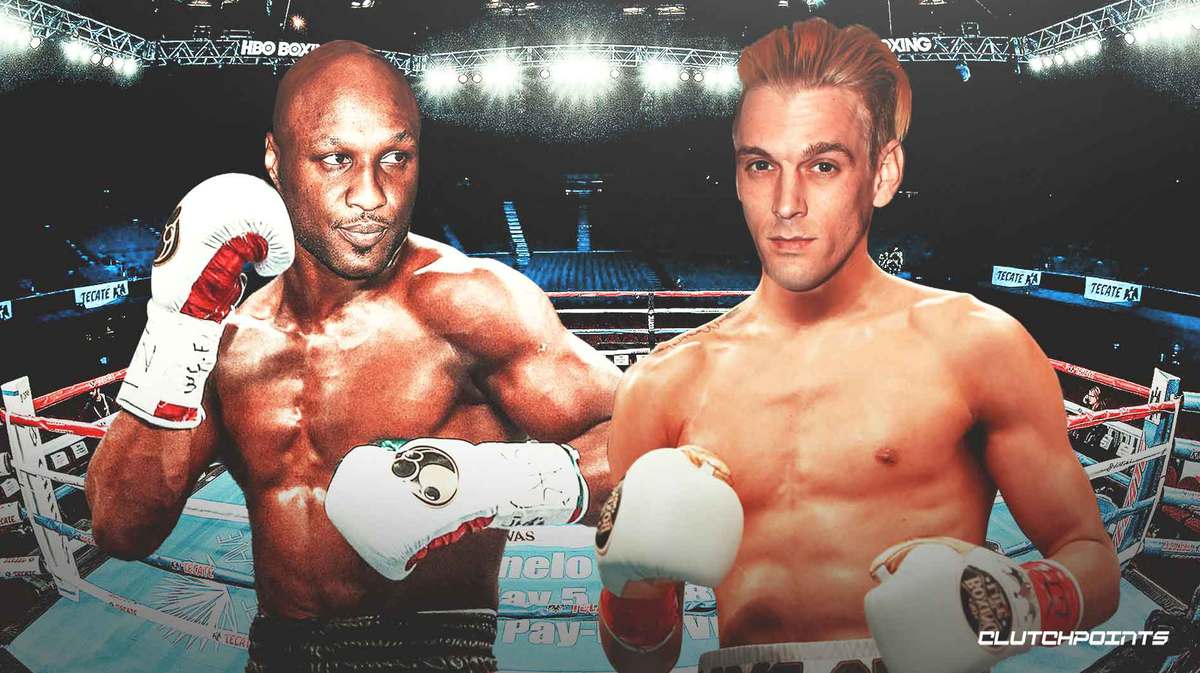 Imagine the drugs in that locker room. Someone thought it was a good idea for Lamar Odom and Aaron Carter to face off against each other in a celebrity boxing match.

How do you fight to retain relevance after your celebrity brand has been damaged by years of scandals, controversies, and the sort? Quite literally, of course. Lamar Odom and Aaron Carter have both struggled with the perils of fame in the past, but they’re attempting to level up together by signing up to beat each other up in a televised fight, agreeing to a boxing match against one another.

According to TMZ, Lamar Odon and Aaron Carter will be facing off against one another in June. The three-round exhibition will take place in Atlantic City and is being organized by Celebrity Boxing.

Now, I’m going to go ahead and state the obvious here. Aaron Carter must have been as high as he looks when he agreed to this. The early favorite is definitely Lamar Odom, who holds a serious height and weight advantage over Aaron Carter. Having competed in the NBA for fourteen seasons, Odom is also very much in shape, while Carter may need to train harder and longer to match his physical conditioning. Odom stands 6’10” while Carter is only 6’1″.

Lamar and Aaron have both struggled with addiction in recent years, so I suppose it’s a good thing that they’re focusing their time on something a bit more…positive.

Who do you think will win? Aaron Carter or Lamar Odom?