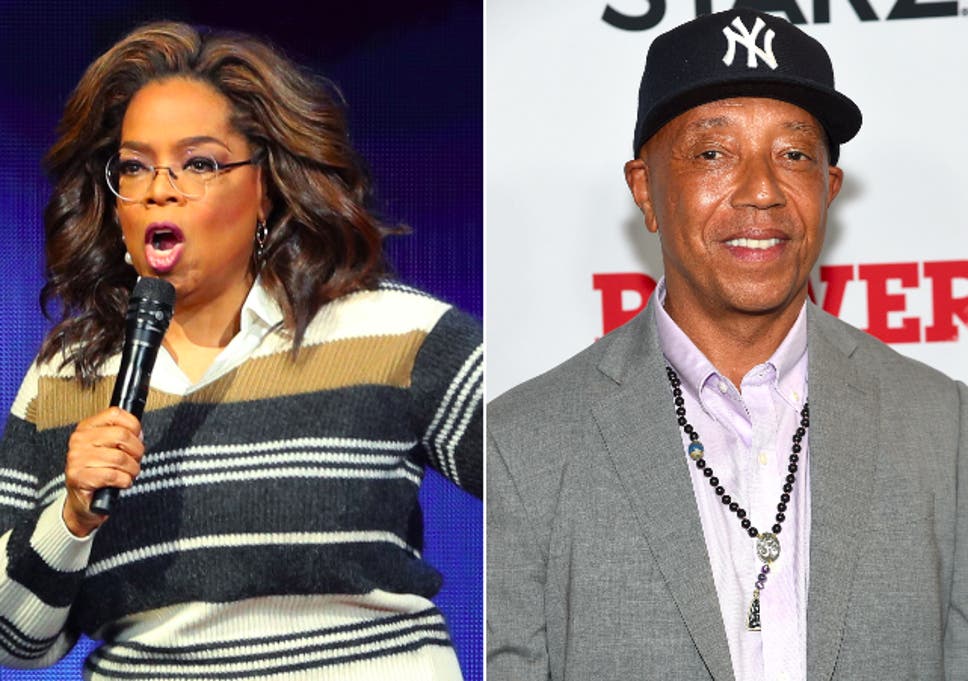 She also stated that “this is not a victory for Russell.”

Ever since she announced that she’s backed away from the #MeToo documentary On The Record that profiles multiple women who have accused Russell Simmons of sexual assault. Since that time, Oprah has stated that Simmons attempted to pressure her into distancing herself from the film, but he wasn’t the reason why she decided to exit.

She took a break from her 2020 Vision Tour where she’s been making her way around America while speaking to a few celebrities guests like Lady Gaga, Dwayne “The Rock” Johnson, Amy Schumer, Tracee Ellis Ross, and Michelle Obama to sold-out audiences in the thousands. Stopping by CBS This Morning, Oprah chatted with host and best friend Gayle King about her book club and tour, but right off the bat, Gayle wanted to address the elephant in the room.

“First of all, I just want to say that I have lived #MeToo since I was nine-years-old and was raped at nine. Sexually assaulted from nine to 14 and then raped again at 14,” Oprah said. “And nothing is harder than standing up for yourself when you’re 14 and not being believed. And I was not believed by my own family. So, I stand in support of these women, I believe them It was a hard decision because I knew that Russell Simmons had started publicly pressuring me and that me pulling out of the documentary was going to look like I was being pressured.”

Oprah wasn’t sure how to respond, but she continued, “For me, Gayle knows this, in all experiences in my life, in particular when I’m in a crisis, the only question for me is: What is the right thing to do?” The OWN mogul stated that she had already set the wheels in motion to remove herself from the documentary before Simmons shared his Instagram post bashing the documentary.
“New information had come forward the very first time this was announced and [I said], ‘I think we need to pull out of Sundance and if we can’t pull out of Sundance, I’m gonna have to take my name off,” Oprah added. “I don’t wanna have to take my name off ’cause it’s gonna a big [deal].'” She said she doesn’t care about awards but just wanted to get it right. “I think there’s some inconsistencies in the stories that we need to look at.”

While she wholeheartedly believes the “women deserve to be heard,” as an executive producer Oprah said she “thought some things were not right. I wanted the context of the story to be broadened. I wanted more women brought into the story.” She made sure to note: “This is not a victory for Russell and I unequivocally say that I did not because of Russell. This is not a victory lap for him. I cannot be silenced by a Russell Simmons after all I’ve been through.”

She also called it “ridiculous” that anyone would suggest that she wasn’t standing up for black people. Watch her clip in full below.