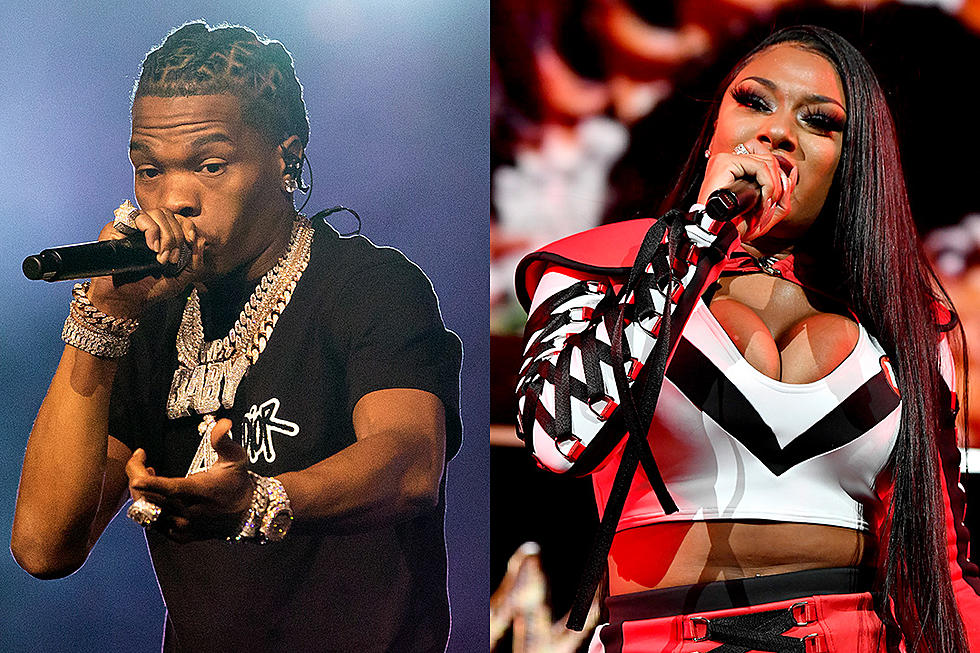 Megan Thee Stallion won “Hip-Hop Artist Of The Year” at the BET Hip-Hop Awards and Lil Baby’s fans are arguing that he deserved to take it home.

We see it time and time again. An artist takes an award home and an opposing artist’s fan base runs wild with claims that someone was “robbed” like this is a bank. The latest stir sees Megan Thee Stallion’s latest win taking heat from fans of Lil Baby. The Atlanta rapper is having one of the best years of his entire career, dropping one of the best-selling albums of the year in My Turn and making a tremendous impact with songs such as “The Bigger Picture”. He has undeniably had has undeniably had a great year, shutting down the charts whenever he feels like dropping something.

Last night at the BET Hip-Hop Awards, Lil Baby opened up the show with a performance of “We Paid” alongside 42 Dugg but, when it came time to crown a winner in one of the most important categories, Hip Hop Artist Of The Year, he ended up losing to Megan Thee Stallion.

While Megan Thee Stallion has had a great year commercially as well, hitting #1 for the first time in her career with “Savage” and returning with “WAP”, many believed that Lil Baby was the clear frontrunner in this category and should have taken home the gold. “Lil baby got robbed by BET,” wrote DJ Akademiks on Twitter.

People chimed into his comments section to give their two cents, suggesting that Megan only won because of her shooting this summer. That much undermines all that she’s accomplished this year and is unfair. However, there is a case to be made that Lil Baby, and possibly even Roddy Ricch, would have made good winners in this category.

What do you think? Was Lil Baby robbed last night? You guys realize someone has to lose right?

Lil Baby has been robbed of the Artiste of the year award. No way Megan should be winning it. Roddy ricch and Dababy deserve it more.

Not men being THAT pressed about lil baby losing to Megan… What happened to “I’m rooting for everyone Black” 🥱 pic.twitter.com/SqkV2PSLjM

This Lil Baby Megan Hip award debacle shouldn’t even be a trending topic both artist received award that night and both are 🔥🔥🔥🔥any of y’all writing think pieces over this really need to hop off the net and get some fresh air pic.twitter.com/g2xUnWpzdw

The gave the award… to Megan. pic.twitter.com/n0NWuc6IhR