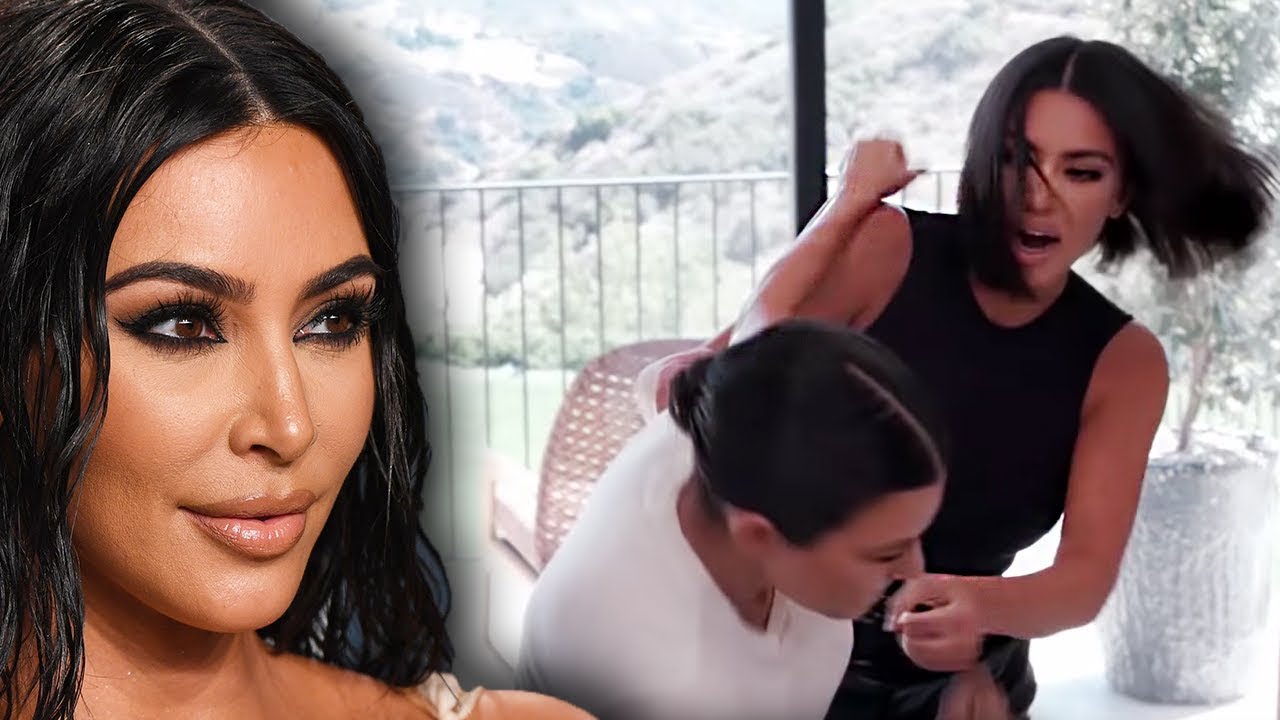 Well honestly…what siblings haven’t fought? Kim and Kourtney Kardashian get into a physical altercation in the trailer for season 18 of “Keeping Up With The Kardashians.”

Kim Kardashian and Kourtney Kardashian’s feud has escalated to the point of physical violence, as seen in the season 18 trailer for their reality show, Keeping Up With The Kardashians. In the promo for the latest season of KUWTK, tension continues to rise between the famous sisters, who have been involved in an on-and-off feud since the previous season was filmed. The beginning of the 45-second clip shows Kourtney and Khloe having a spat in Kim’s presence, in which Khloe asks Kourtney, “why do you have to have an attitude?” Kourtney responds, “just don’t involve yourself in business that is not yours,” to which Khloe says, “then don’t talk about it in front of me.” While it’s unclear what exactly the two of them are arguing about, Khloe later gets into a fight with Kim as well, and things get heated.

In a later scene, Kourtney yells at Kim, “you have nothing to say!” before throwing a water bottle at her and seemingly pushing her sister to the ground. Kim retaliates by approaching Kourtney and telling her, “don’t ever come at me like that” before throwing a punch at Kourtney’s face. The trailer cuts to Kendall Jenner declaring, “buttons have been pressed,” and she’s definitely not wrong.

Kourtney has been at odds with Kim and the rest of the Kardashian-Jenner clan since she revealed that she wanted to focus more on motherhood and less on making appearances on the show. Though Kourtney clarified that she wasn’t totally saying goodbye to KUWTK, her family was frustrated with her decision. Kourtney’s step back from the show has led to some major tension between herself and her sisters, who now have to pick up her slack to fulfill a certain amount of filming hours. However, Kim revealed on The Ellen DeGeneres Show in December that she and Kourtney had worked on mending their relationship, but only after they’d filmed season 18.

“What sucks is that Season 18 will come out soon, and it gets worse before it gets better,” Kim noted. “So, her and I have healed and have talked about everything, and have really come to an understanding.” All of the chaos and turmoil will be gracing our screens on March 6th, when Keeping Up With The Kardashians returns for season 18.