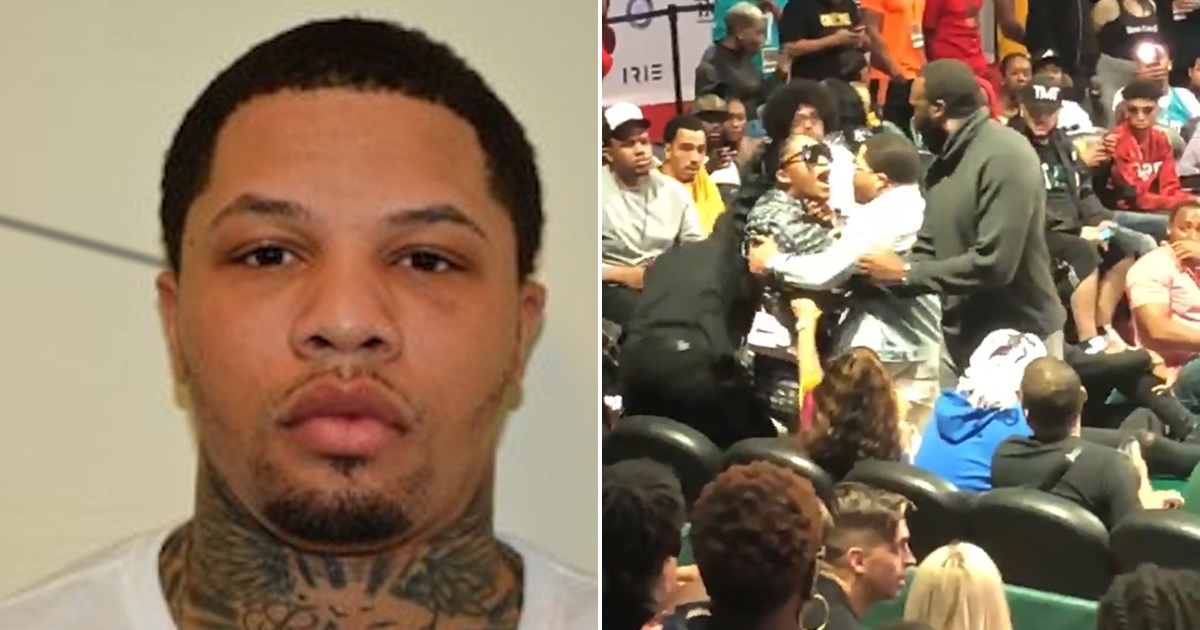 World champion boxer Gervonta Davis has reportedly been arrested and charged with Simple Battery Domestic Violence, stemming from an incident that was captured on video during a charity basketball game on February 1st. According to CBS Miami, Davis turned himself in to Coral Gables Police on Tuesday.

As seen in the cell phone footage embedded below, the 25-year old boxing star violently confronted his ex-girlfriend, and mother of his child, who was seated court side.

Shortly after that footage went viral, Davis issued a statement on instagram confirming that the woman is the mother of his child.

“I never once hit her, yea I was aggressive and told her come on… that’s the mother of my child I would never hurt her other than that happy New Years.. January was trash.”
Davis has amassed an unblemished 23-0 record during his professional boxing career, but he has also racked up a number of legal issues during that time.

For instance, an arrest warrant was issued for Davis around this time last year, following allegations that he assaulted another man at an ATM machine in an upscale Virginia mall. The Floyd Mayweather protege was also arrested for fighting with a bartender over a $10,000 tab, and accused of writing counterfeit checks for over $250,000.

Lightweight championship boxer #GervontaDavis turned himself in to @CoralGablesPD on Tuesday after cell phone video surfaced showing him getting into physical altercation with a woman in Miami.https://t.co/yn0ppxiByY