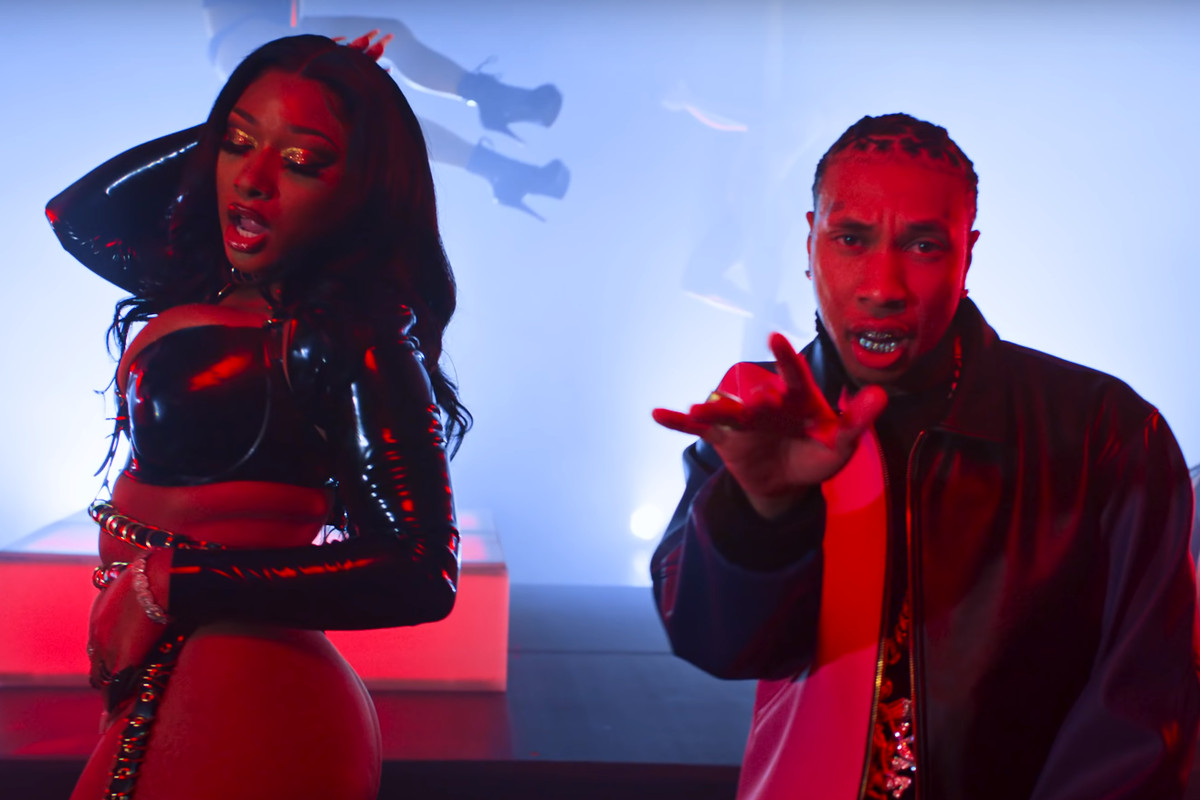 Tyga and Megan Thee Stallion brought the S&M ass shaking to our screens in the visuals for their sex driven track, “FREAK.”

Tyga and Megan Thee Stallion are clearly not afraid to get freaky on camera. The two of them joined forces recently to deliver their collab, “FREAK,” and the rappers did not hold back. To say the single, which samples The Black Eyed Peas’ “My Humps,” is explicit would be an understatement. With lyrics like, “swallowin’ the meat, mmm, tell me if it’s sweet,” it was required that the visuals matched the uncensored energy of the song.

The tricks don’t stop there, though. Near the end of the video, there’s an aerial acrobatics show, embodying the circus connotations of the title term. To some degree, the video seems to be paying homage to the Marvel superhero, Blade, as Tyga is dressed like the half-vampire in a long leather jacket and sunglasses in certain shots. The freaks in attendance also show off their fangs as they take a bite into their victims’ necks. Give the graphic video a watch and be transported into a world of liberated freakiness.