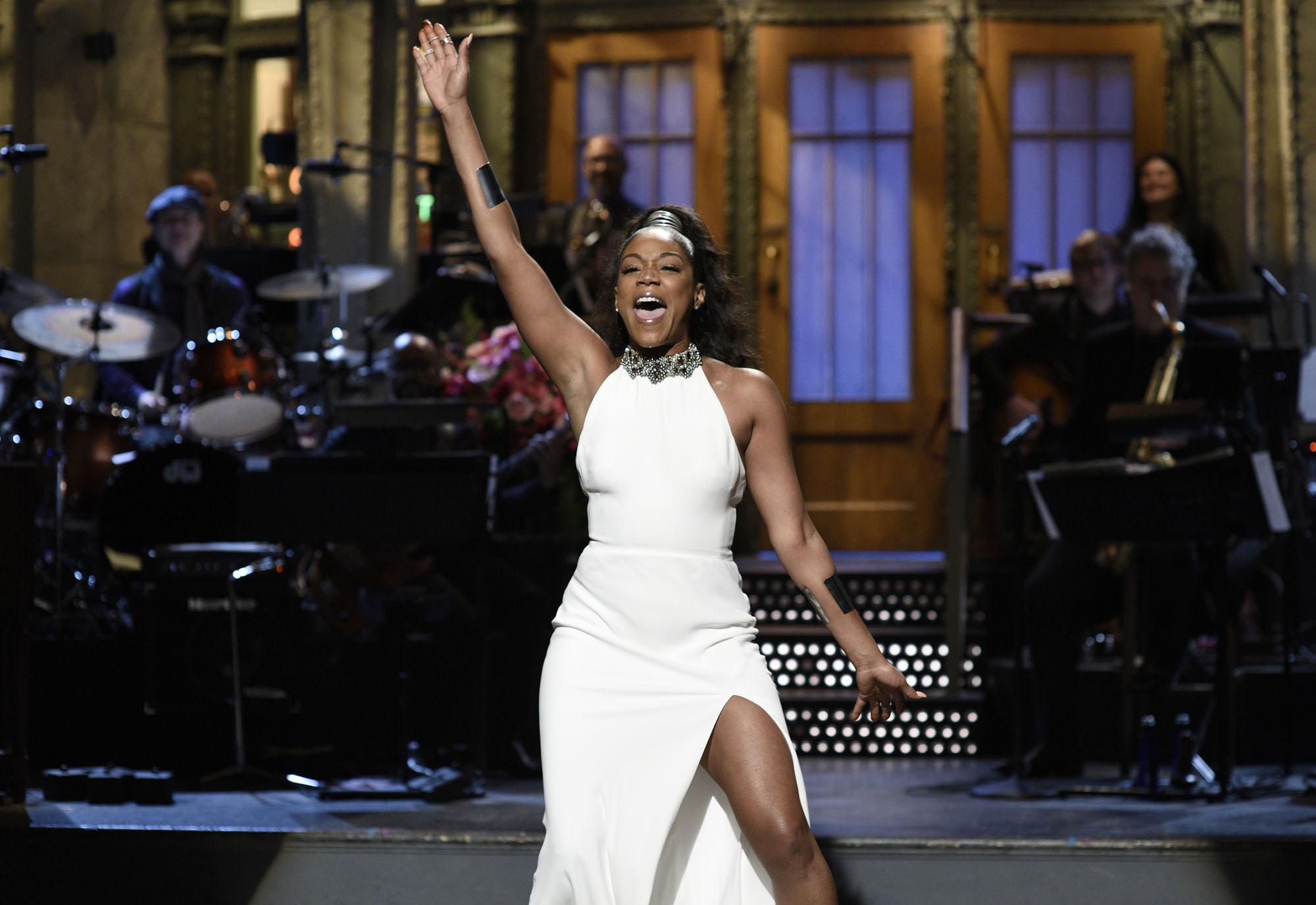 Tiffany Haddish aims to make you smile through your quarantine.

Tiffany Haddish is hoping to make your quarantine a little more lit. The comedian and actress just dropped a music video for a song called “Come And Get Your Baby Daddy” featuring NY rappers Mr & Mrs Begetz. On the upbeat track, Haddish raps a trifling man with multiple kids (10 to be exact) Haddish shared the video on Twitter Wednesday afternoon with the caption, “Here’s something to make you smile.”

Here is a little something to make you smile. TIFFANY HADDISH COME AND GET YOUR BABY DADDY https://t.co/pme4PLM5L2 via @YouTube

In the visuals directed by Chris Robinson Tiff is flanked by a crew of women including actress Bresha Webb. In one scene Haddish and Webb show off their struggle twerk skills while also having a dance off against a crew of guys.

The video also features comedians Alex Thomas who plays a pimp. In one scene that is clearly a nod to the film Coming To America Tiff sits in a booth in a night club while as a rotation of thirsty men try and ask her out.

It’s unclear if the song will be apart of a larger EP or album. This isn’t the Emmy-award winners first foray into music. You recall in 2019 she recorded the go-go inspired track “Too Much.”” and also featured on Todrick Hall track “Dripesha” in 2019. She also told spoke about her rap persona “MC Tiffnicity” in 2018 hinting that she was plotting a music project. Take a look at the video below and let us know what you think of Haddish’s rapping skills. ISSA BOP OR ISSA FLOP?