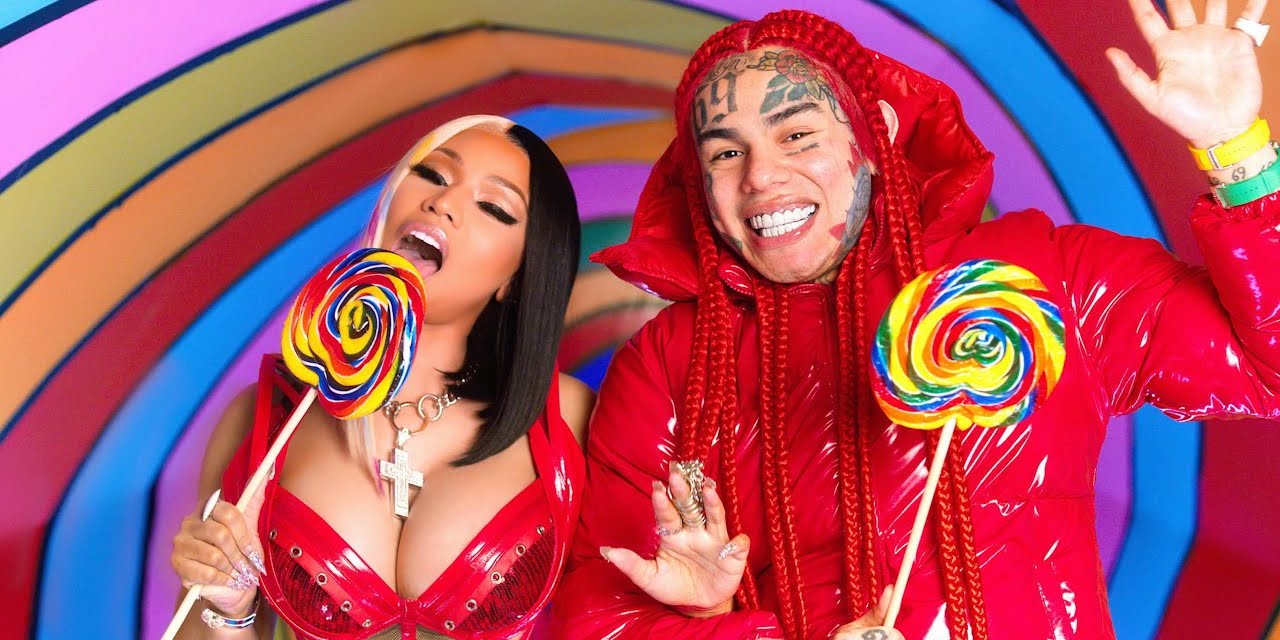 News of their collaboration immediately ignited controversy, but apparently anything that anything Tekashi 6ix9ine does these days will make headlines. There were rumors floating about regarding the rapper joining forces with Nicki Minaj once again, and while avid critics of 6ix9ine dismissed them and never believed that the self-proclaimed Queen emcee would collaborate with him post-prison, assuming she’d think more of herself, they were highly mistaken. The two artists popped up on Instagram donning matching rainbow locks to share that they linked up for latest single/video “Trollz.”

In “Trollz,” the two appear to be big-kids-at-heart (which is creepy considering their pasts) and wear as many rainbow wigs as they possibly can. The bright video was shot in 6ix9ine’s guest bedroom, social distancing out the window. Minaj tweeted that 6ix9ine’s home studio wasn’t exactly conducive to her lifestyle, so she doesn’t stunt as many looks as she’d hoped, but they did what they could to bring some type of heat for the record, especially when she’s rapping a potential Usher diss. “Somebody usher this n*gga into a clinic,” she raps, referencing the R&B singer who stated the obvious that Minaj was a product of Lil’ Kim in May. “My flow’s still sick, I ain’t talkin’ a pandemic.”

This is 6ix9ine’s second single since being released from prison early due to concerns that he was at high risk for COVID-19 complications. “Trollz” is here after weeks of teasing and a delay due to the ongoing protests against racial injustice across America. Now, a portion of proceeds from the song and its march will go to the Bail Project, a national nonprofit that pays bail for people in need. Considering neither of these two have been active in speaking about racial injustices it’s interesting the they’d throw that in to sell their single, but I digress.

Take a look at the video for “Trollz” below and let us know what you think? ISSA BOP OR ISSA FLOP?