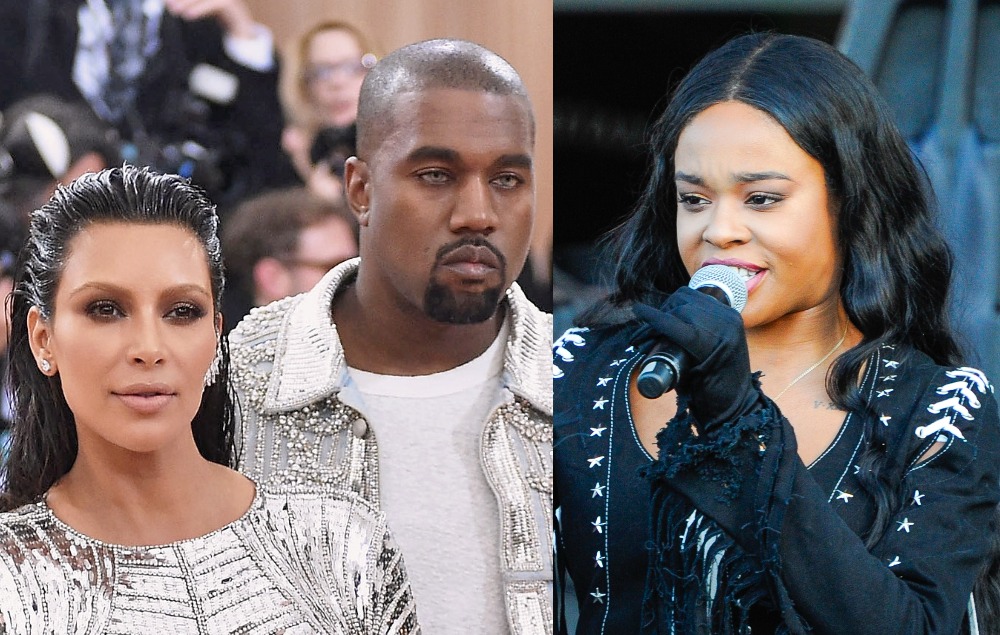 As you should know by now..Azealia Banks isn’t really a fan of well…anything. But this time it’s Kim Kardashian’s latest SKIMS campaign, dissing her and blaming Kanye West for her “beat up coochie” as she put it.

Azealia Banks is as outspoken as… well, she’s as outspoken as Kanye West is. They’re both Geminis (like me), so maybe that has something to do with that. The two have had serious issues in the past, which have mostly been one-sided as Kanye appears to be refusing to give Azealia the time of day (like most). That has led the rapper to head to Kanye’s wife, Kim Kardashian West, and start beef with her.

Most recently, Azealia Banks has been in the headlines for her words about the founder of The Shade Room, calling her a “useless pig,” who “doesn’t have the courage to fight for her own. She uses black American media to distract herself from how politically incapable she truly is,” Which people surprisingly resonated with. It was one of the rare times Azealia has gone off on a person with the public actually somewhat agreeing with her. It didn’t take long for her to start pissing people off again though, as she went after Kim and Kanye on Instagram, calling out the former’s most recent campaign with SKIMS for SSENSE.

Kim Kardashian has made her shapewear line available more globally by partnering with SSENSE, sharing some new pictures of her modeling the collection. Azealia Banks is tired of seeing Kim though, and she made that very clear. After revealing that she has been subpoenaed in a case involving Elon Musk, Banks has this to say about Kimye:

“It is really time for kim kardashian to retire this beat up coochie. It just looks worn the fuck out. Nothing about this big beaver she has in this photo is even remotely sexy. Terrible advertising.”

That much would have been valid if Kim were going for “sexy” in this picture. She’s going for comfort… It’s a shapewear line.

Azealia added that she blames Kanye for Kim overstaying her welcome in Hollywood, according to her at least.

“Kanye, this is all your fault,” wrote Banks.