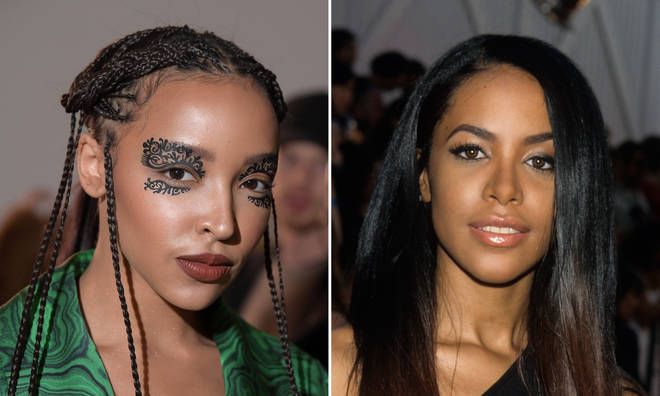 Tinashe visited “Just the Sip” where she claims people attempted to compare her to Aaliyah, Beyoncé, Cassie, and more.

As new artists step into the music scene, they’re often compared to other established artists topping the charts. Tinashe shares that she is no different and throughout her career, people have attempted to size her up against other singers. The Songs for You crooner recently chatted with Just the Sip, and during the talk about her career, Tinashe shared that she was pitted against “every black girl.”

“First, it was the superstars, which was like, whoa,” she said. “How are you guys gonna pit me against these people? It would be: Tinashe, the new Aaliyah. Tinashe, the next Beyoncé. I would be like, you guys are setting me up left and right. These people are icons.” After the “icons” were other artists who just fell into the same look and style.

“It started off there, and then it was everyone. I literally could name six different people at one point that has been Tinashe versus Jhené [Aiko], Tinashe versus FKA twigs, Tinashe versus all the R&B girls. Literally any black girl…Cassie. All the ‘whisper’ singers, whatever that means.”

Elsewhere in the interview, Tinashe touched on her public breakup with Ben Simmons. The singer said that she doesn’t regret being vocal about how she felt following their split because it helped her inspire the changes she needed to make in her personal and professional life. Check out Tinashe’s clip with Just the Sip below.