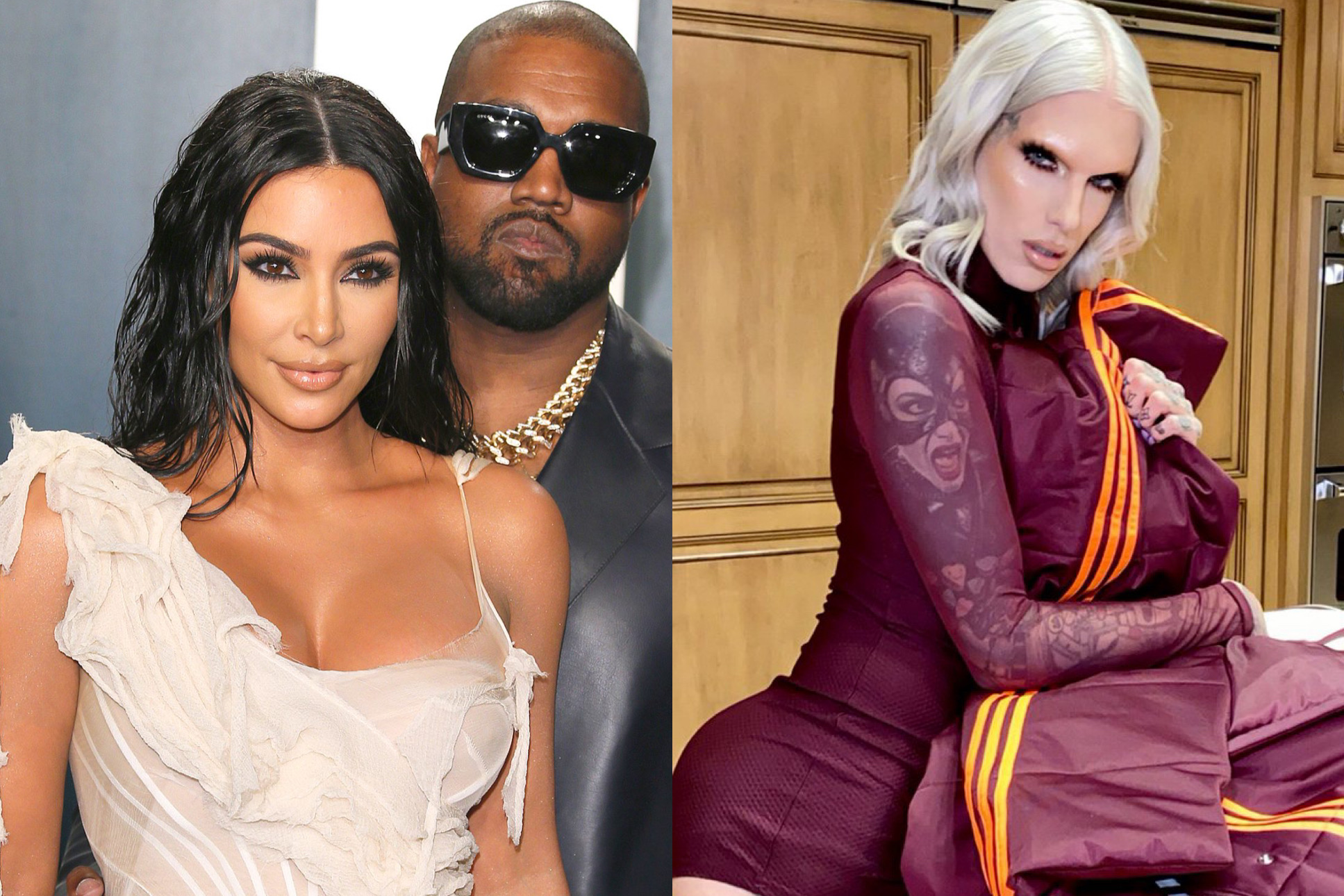 All I’m going to say is even after all the random craziness that the last year has thrown at us, Kanye West cheating on Kimberly Noel Kardashian with Lord Voldemort still sound completely too far fetched for me.

TikTok is the source of a completely insane rumor but never the less, that hasn’t stopped some folks on social media from running with it. News spread like wild fire yesterday (January 5th) that Kim Kardashian and husband Kanye West intend to file for divorce, with Kim reportedly hiring a top Hollywood divorce lawyer. It’s thought that Kanye spent Christmas in Wyoming, while Kim has been spotted without her ring. “Now this is happening because Kim has grown up a lot. She is serious about taking the bar exam and becoming a lawyer, she is serious about her prison reform campaign. Meanwhile, Kanye is talking about running for president and saying other crazy s*** and she just had enough of it,” the alleged sources claimed.

But the divorce isn’t the only drama surrounding Kanye West. A popular TikToker has just made public a series of allegations linking West to controversial make-up guru Jeffree Star. The video in question here comes from popular TikToker Ava Louise, who once appeared on, and then published a video exposing, Dr Phil. During the video, she claims she has knowledge that Kanye West has allegedly been sleeping with a male beauty influencer: “Kanye’s been hooking up with a very famous beauty guru, male beauty guru, a lot of people in the scene have known for a while.”

Captioning her video, “I can’t say who cause he’ll sue me hint hint but it’s part of the reason Kanye is so religious now, it’s his self-hatred…my source is legit,” Ava didn’t specify the beauty guru, but liked a series of comments guessing Jeffree Star, as he is known to have a house in Wyoming. The TikToker then duetted the video, adding the disclaimer: “This is alleged and I was told by a source – a very good one…but it made so much sense to me. Kanye’s *possible* internalised homophobia is so so sad.” So, who’s the ‘source’ you ask? Ava Louise alleges in comments that the story comes from an LA lawyer, commenting: “My friend is a big lawyer in LA and met with Kim months ago and was told all of this given evidence. I want to drop receipts but I can’t.”

The story might sound unbelievable, but Twitter quickly took the idea and ran with it, turning it into a series of jokes and memes with no one coming with any actual proof other than both have been randomly spending alot of time in Wyoming. Take a look below and let us know what you think? Do you believe this foolishness?

i can’t say WHO cuz he’ll sue me hint hint but it’s part of the reason Kanye’s so religious now it’s his self hatred …. my source is legit I promiss

streets saying Kanye West has been hooking up with Jeffree Star….. pic.twitter.com/JKztTm6N6t

Kanye West and Jeffree Star are what?? pic.twitter.com/RED4obAAZB

no because the kanye west jeffree star shit makes so much sense… jeffree buying a ranch in wyoming and saying he’s had multiple hookups with “big names” and kanye’s multiple breakdowns & recent religious obsession pic.twitter.com/y0gJIHpll3

Not Tik Tok having me believing Kanye West and Jeffree Star are hooking up on the low??!!?!! pic.twitter.com/QfeYL6oOyD

This how y’all look REACHING for these Jeffree Star and Kanye West affair rumors. Y’all telling me your best evidence is they both live in the same state if Wyoming, cmon man 😐 pic.twitter.com/LzajWDw66B

kanye west apparently had an affair with jeffree star… this is TOO much pic.twitter.com/6bBBHBpCEd