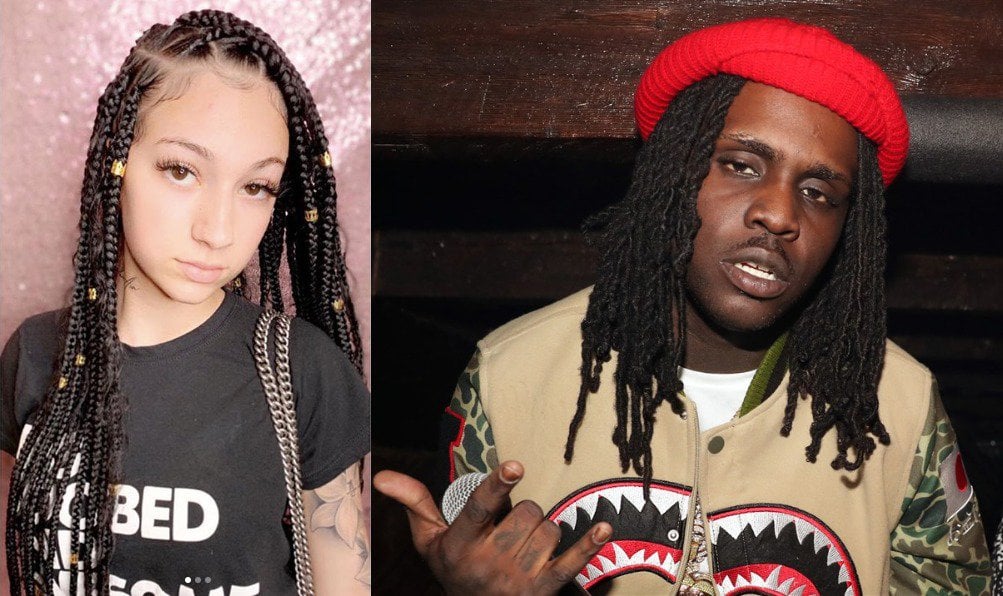 The ‘Love Sosa’ rapper is being called out by the mother of his daughter for standing up their 8-year-old and supposedly and supposedly lying about working to hang out with the “Cash Me Outside” minor.

24-year-old Cheif Keif is allegedly dating 16-year-old Bhad Bhabie or at least that’s why his baby mother says. Their alleged relationship was exposed as 16-year-old Bhabie posted a picture in front of his house in Tarzana and uploaded an image from his bed. The underage ‘Hi Bich’ rapper also donned a T-shirt that he complimented as the “hardest shirt on the gram.”

According to his baby mama, the rapper ignored his 8-year-old daughter who texted him multiple times asking to come to his house and see him. He turned down the kid saying he was busy with work while he was, in fact, “baby sitting a different kid.”

The baby mama said it’s not the first time the hip-hop star turned away his kid. She says she’s been trying to be understanding but finally had enough. “How you got time for somebody else’s child and not your own,” she put her baby father on blast.

“It being the weekend (again) no school, I would expect a man to make a due on promise to baby girl,” she wrote. “But no, I get shown this morning my baby’s father is with a minor @ bhadbhabie whom is posting flicks in his home tryna to be seen.”

“No more than 8 years older than his daughter,” she referred to Bhabie’s age. “Wow. This n***a don’t want a break. He got 0 more chance.”

Neither Chief Keef nor Bhad Bhabie have commented on this. It’s not the first time the underage Bhabie was linked to older guy. In 2019, she was cozying up to 20-year-old rapper Lil GotIt. Their relationship led to her infamous fight with fellow young star Woah Vicky.

Apparently Bhad Bhabie is dating Chief Keef & his baby momma is airing him out🗣 The 1st pic she posted is from in front of his house in Tarzana, the 2nd pic is of her wearing his shirt which he commented on…,then the 3rd pic is from his bedroom, IN HIS BED😮 Another RONI who’s also been dating Chief Keef sent me a picture of his room with the same painting on the wall🙃 ….his baby momma is PISSED that he’s been baby sitting the wrong baby😩