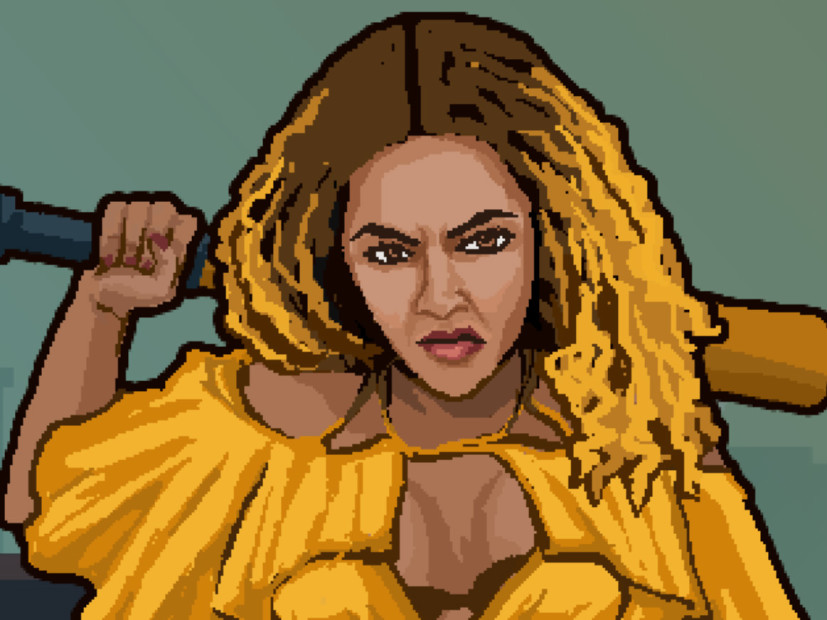 It’s certainly no secret that Beyoncé is on a whole other level of celebrity, so it makes sense she would eventually become a video game character. Apparently, Queen Bey’s video for the LEMONADE cut “Hold Up” has sparked the idea for ‘Lemonade Rage,’ a free 8-bit web game that has players control a bat-wielding Beyoncé as she busts up cars, fire hydrants and hair display windows (finally getting back at “Becky with the good hair”) all while she avoids her haters, Illuminati conspiracists, and dog poop (or as it’s called in the game, “bullshit”). The creators of the game — Joe Laquinte, Justin Au, Line Johnsen and Colby Spear — also came up with a soundtrack for the entire experience. 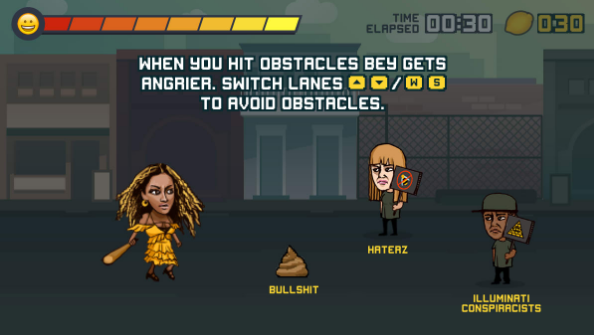 “When we first saw Beyonce’s whole Lemonade video we were blown away, especially by the ‘Hold Up’ video,” the developers said in an interview with Pigeons & Planes. “The more we thought about the video, we started to realize how it could make for a pretty sick video game.” 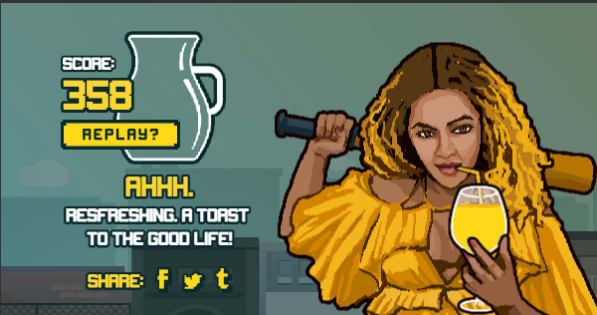 As promised, the game is free and can be played here. But be careful, those who have picked up the bat find it hard to put down.