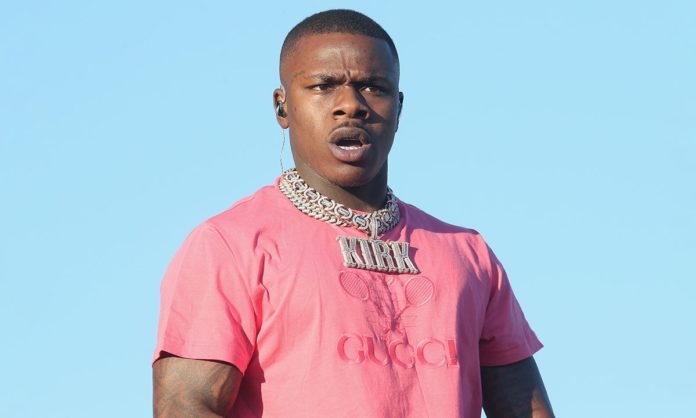 A video appears to show DaBaby slapping a woman after she hit him in the face with her phone.

After being let off the hook for a battery charge earlier this week for a January incident involving a party promoter, DaBaby may be facing another one in the near future. A video is starting to circulate online of DaBaby seemingly slapping a woman and he has already commented on the altercation.

The footage from Saturday night (Mar. 8) shows DaBaby wading through a packed crowd at a nightclub, where he was hosting an afterparty event. A woman is filming DaBaby with the flash on as he passes by and then her phone is seeing making direct contact with his face. DaBaby, with a hat on and the hood of his winter jacket on his head, quickly spins around and appears to slap the woman across the face before continuing through the crowd. A woman is heard letting out a scream right after the slap and then a few seconds later, someone shouts “Get the fuck outta here.” This whole incident seems to have been filmed by another club patron who was standing on the second floor.

His label (interscope/umg) enables and encourages this… what young black entertainer can assault fans on the regular n just get more money each time…i identified him long time ago… 1.Caught a body in walmart 2.Put a fan in a coma 3. Allegedly knocking niggas out in the louisV store 4. Snuffed a fan on stage 5. Fought another fan in the club 6. Bodied a hotel employee on camera 7. There was another incident with a female not so long ago, and now this Name another entertainer let alone rapper that can do this n just keep going up… #DaBaby definitely an undercover federal agent , name should b Darthard Baby #dababy #dababyedits #dababychallenge #dababyfight #dababyfans

Since this footage was taken from above, DaBaby has requested for an alternate angle that may absolve him of culpability if this were to be taken to court. However, it appears he isn’t going to only be playing defence – he might be pressing charges himself. “I got $10,000 for whoever got a good angle of shawty hitting me in my eye with her phone,” the Charlotte rapper said on his Instagram Story as he focused his camera on his eye. He asked to be tagged in the alternate footage and then shared the viral clip with the message, “Who know shawty government name so my lawyer can get active?”