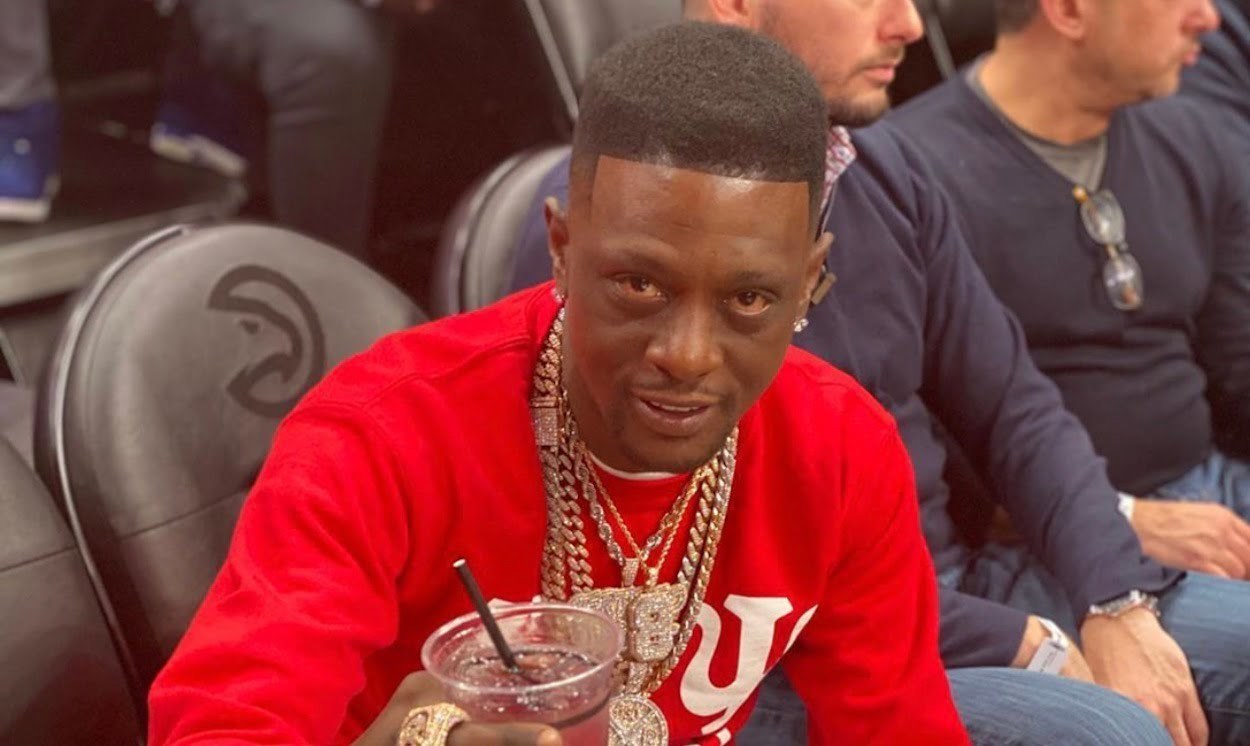 There’s a new lesson every day.

Despite his rough-around-the-edges nature, Boosie Badazz remains one of the game’s most endearing and brutally honest personalities, moving however he sees fit. His knack for voicing his opinion no matter the topic has occasionally led to a spiteful clapback from Twitter, ready and willing to pounce at the slightest deviation from their own opinions. And yet, Boosie remains unabashedly himself, making a call and adapting to whatever consequences might follow. Might he have suspected a recent shopping spree would have shaken up the people, though? Probably not!

So question? Just for shits and giggles, if the good brother Boosie was in a fraternity??? What fraternity would he be in??

When Boosie first saw the bright red Kappa Alpha Psi sweater calling his name, it was all fun and games. The perfect piece of attire to wear at the Houston Rockets game, easy to spot on camera and befitting of his boisterous personality. Little did he know, however, the ramifications of donning unearned Fratnerity attire. It wasn’t long before several Kappa Alpha Psi members began sounding off on the rapper — the fraternity is predominantly comprised of Greek members of African-American descent, who had to undergo a lengthy process to enter the ranks. For them, rocking the colors is a privilege, not a right.

The backlash became so rampant that Boosie had no choice but to speak in his own defense. “I was n the mall looking for red n saw the sweater n it was hard,” he writes, in a post-and-delete IG message caught by The Shade Room. “Yes I knew it was a Kappa sweater. I thought I would get love from wearing it not hate. Calm yall ass down bra I was just getting fresh.” While a quick perusal of the comment section finds many penning passionate responses about the importance of Sorority and Fraternity culture, others feel that Boosie’s fashion choice isn’t that serious. Where do you stand?

TSR STAFF: Christina C! @cdelafresh ___ Usually, #LilBoosie’s courtside antics would draw laughter but fans were more fixated on his attire tonight. ___ He caught some heat from the Black Greek community after he was spotted rocking a #KappaAlphaPsi shirt at the Houston Rockets game. ___ Boosie’s comments section quickly filled up with members of Greek fraternities and sororities asking Boosie to take the shirt off. Others made light of the situation and jokingly accepted Boosie as an honorary member of the fraternity. ___ Now in case y’all aren’t familiar with Greek life or HBCU culture, Black fraternities and sororities find it very offensive when a non-Greek rocks their letters as it is a privilege only earned by those who have gone through the pledging process and have become members of their respective organizations. ___ Boosie clearly caught wind of what was going on because he offered up the following as a response: “I was n the mall looking for red n saw the sweater n it was hard. Yes I knew it was a Kappa sweater. I thought I would get love from wearing it not hate. Calm yall–click the link in our bio to read more.