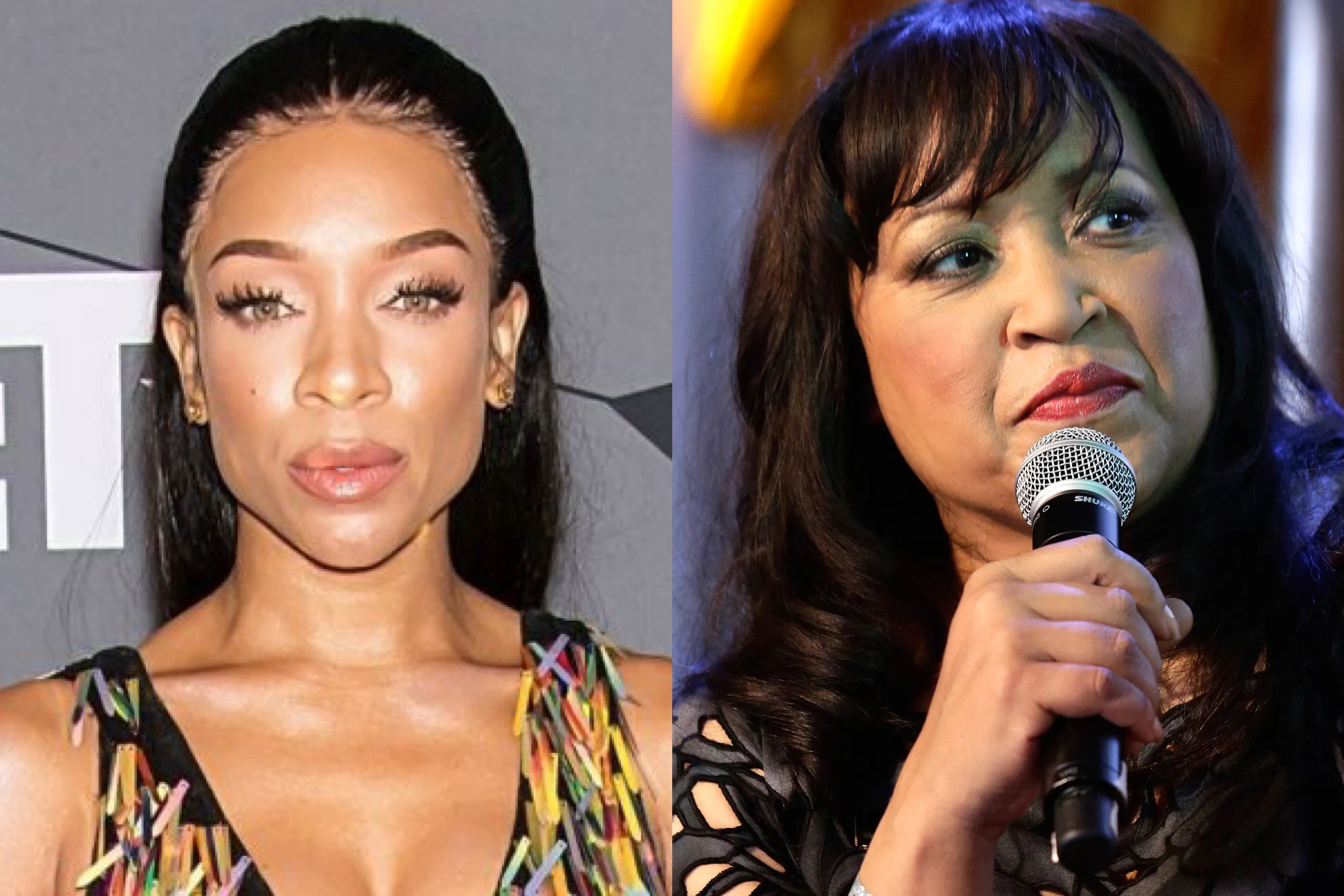 Lil Mama telling everyone’s in head auntie Jackée to kiss her ass wasn’t exactly on our 2021 list of expectations but here we are.

Lil Mama is obviously one of those folks that speak without doing any type of research and when anyone tries to correct them just blindly pretends they’re the problem and chalk it up to them having an “opinion.” Lil Mama has been trending in recent days following her statements about transgendered children. The rapper doesn’t believe that kids are well-rounded enough to make recognize how they feel inside and make appropriate choices about their gender identity; she even suggested that this is a “depopulation” agenda being pushed.

Now, legendary actress Jackée Harry has a message of her own for the “Lip Gloss” rapper and things got a little more spicy. “The lip gloss was never really that poppin’,” tweeted Harry as she referenced Lil Mama’s breakout hit. She later added, “Be true to yourself. You were made perfectly. I love you for who you truly are. [rainbow emoji][hearts emoji].” The tweets were quickly reshared and passed by Lil Mama’s desk because she issued a response.

“Thought you was a Sister Sister, More like a Sister Act!” wrote the rapper as she mentioned Jackée’s role on the 1990s sitcom. “That’s the problem now. These new young girls don’t respect y’all old b*tches. Why? Because y’all don’t reach out and provide genuine council. You play these internet childish games and end up in a childish mix. WHERE ARE OUR ROLE MODELs? CAUSE IM TIRED OF YALL OLD HOLLYWOOD BULLSH*T! Kiss my ass Jackie.”

Following all the backlash, Lil Mama even doubled down on poorly informed comments, claiming that she’s starting a “heterosexual rights movement” to defend herself against “LBGTQ bullying”. Now, here’s the thing, heterosexual people have not historically been discriminated against or oppressed simply for how they choose to live their personal lives. Nor are they currently being attacked for living their truths. On the other hand, members of the LGBTQIA2+ community are regularly bullied, abused, assaulted, and even killed for how they identify. In recent years, abuse rates against transgender people have skyrocketed, especially among Black trans women. Lil Mama recently compared transgender children to cats and dogs, making an extremely transphobic remark that she continued to support throughout the week.

Lil Mama went on to argue that she doesn’t need to “prove [herself]” by reminding people that she has loved ones who identify within the LGBTQ+ community, despite the fact that she’s clearly been trying to prove a point all week unsuccessfully. The problem here is that Lil Mama and those who seem to be agreeing with her is that they all simply don’t understand or actually know what they’re talking about. You’re spewing all this hateful retoric and going so hard behind it when ultimately speaking against claims that aren’t the reality. Mama and her defenders keep ignorantly bringing up “children shouldn’t be changing their genitalia” etc simply because they hear the word “trans,” and that actually isn’t the case. Minors are legally not able to go through sex reassignment surgery. The minumum age is 18 years old and even that is after extensive therapy and mental health checks to make sure this is something they are prepared for. There are adults who are denied sex assignment surgery if doctors don’t feel they are ready mentally. These children embracing how they feel has nothing to do with sex or genitalia and I encourage Lil Mama and her sudden supporters who didn’t give a damn about her last week to do more research prior to speaking out against a community who already endures so much fight. Peep the receipts below:

Not Lil mama having god first in her bio yet she spends her time cussing out people on the internet. Old?!? Jackee is gainfully employed, can she say the same 😄 https://t.co/0R40tprVxG

Lil mama needs her old faced ass beat for what she said to @JackeeHarry.

First of all, if you need help or guidance you need to ask – it’s no ones job to coddle you when you’re perpetuating dangerous and ignorant ideologies, Niatia.

& Jackee is NOT the one. The claim she isn’t pic.twitter.com/zY60HEhy4b

Not a single day when we aren't being attacked! Whether it's debating conversion therapy, religious institutes dehumanising us or washed out celebs attacking us! 😭😔