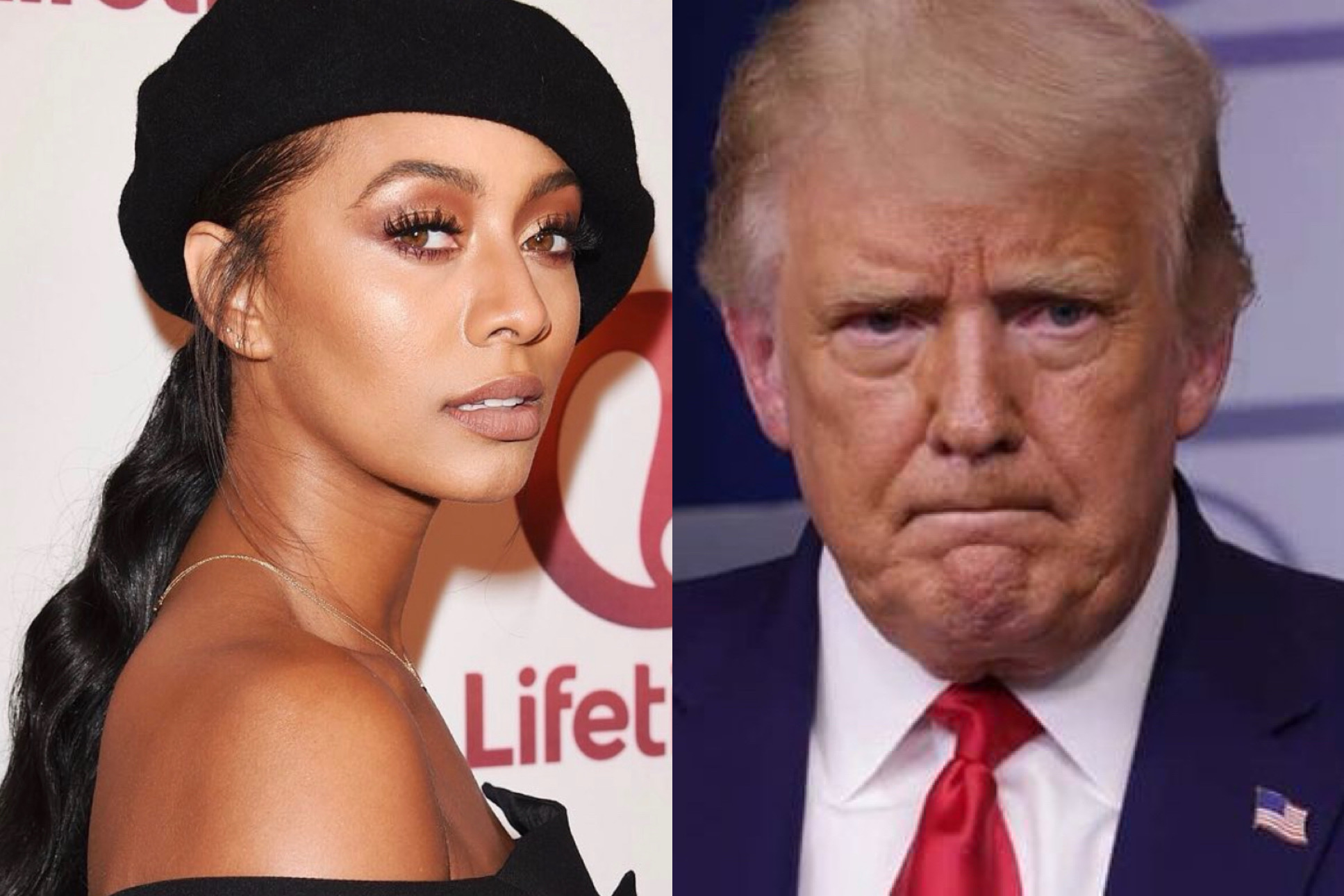 Apparently “Miss Keri Baby” missed the good ol’ days of being dragged by the internet because there’s no way she just confidently decided to say this message with her chest.

There’s an argument to be made about the self-sabotage Keri Hilson inflicted upon her own career courtesy of her mouth, though she did deny ever wanting smoke with Beyoncé or Ciara(after she realized her obvious diss record backfired). Nonetheless, 2020 was a year where she faced serious backlash for her ill-informed takes about the world around her. First, it began with conspiracy theories linking coronavirus to 5G towers. Then, she revealed that she’s an anti-vaxxer. Neither takes were necessarily well-received.

As you’ve probably heard, Donald Trump was banned from Twitter, among other platforms, after his direct role in inciting the insurrection on Capitol Hill this week. Twitter gave him the boot which raised concerns surrounding the future of freedom of speech. “This may be funny but it is a little dangerous too,” Keri wrote alongside a screenshot of Trump’s now-defunct Twitter page.

“Take Trump out of it for a moment… a democracy must include freedom of speech. Imagine other leaders or popular figures not being able to voice their opinion if it opposes the majority of the world leaders,” she continued. Keri suggested that we’re slowly being deprived of our Freedom Of Speech now that Trump is being booted by the platform, adding that others could become victims of Big Tech’s “censorship.”

“If the leader of the ‘free world’ can be removed, imagine that same right of civilians, imagine believing every time you read ‘false information detected’ and propaganda, deceptive reports, and flat out lies being the only thing we see,” she concluded.

It didn’t take long for Twitter to get ahold of her message and turn her into a trending topic with an outpour of memes and backlash. Check some of the some of the reactions below. Oh Keri, will you ever learn?

When love knocked Keri Hilson down, did she hit her head? 🥲 pic.twitter.com/j80Bg0x2m2

Cause y’all stay listening to entertainers instead of reading. Whew chileee… this is responding to Keri Hilson and her foolishness about censorship pic.twitter.com/qMmgbFG7UC

Keri Hilson appears out of no where every few months to say something stupid then disappears back into irrelevancy pic.twitter.com/Pk3Yl7wJKC

Does Keri Hilson know whenever the president wants to communicate with the american people he can LITERALLY call a press conference at his house? This is why more people need to read. pic.twitter.com/Z2jMGlU8xn

We’d cancel Keri Hilson if she still had a career. https://t.co/UGlKCBND6f

Can someone PLEASE tell Keri Hilson that twitter is not taking away anyone's freedom of speech😂😂 I had no idea this bitch was this dumb pic.twitter.com/yGzgtCtsoD