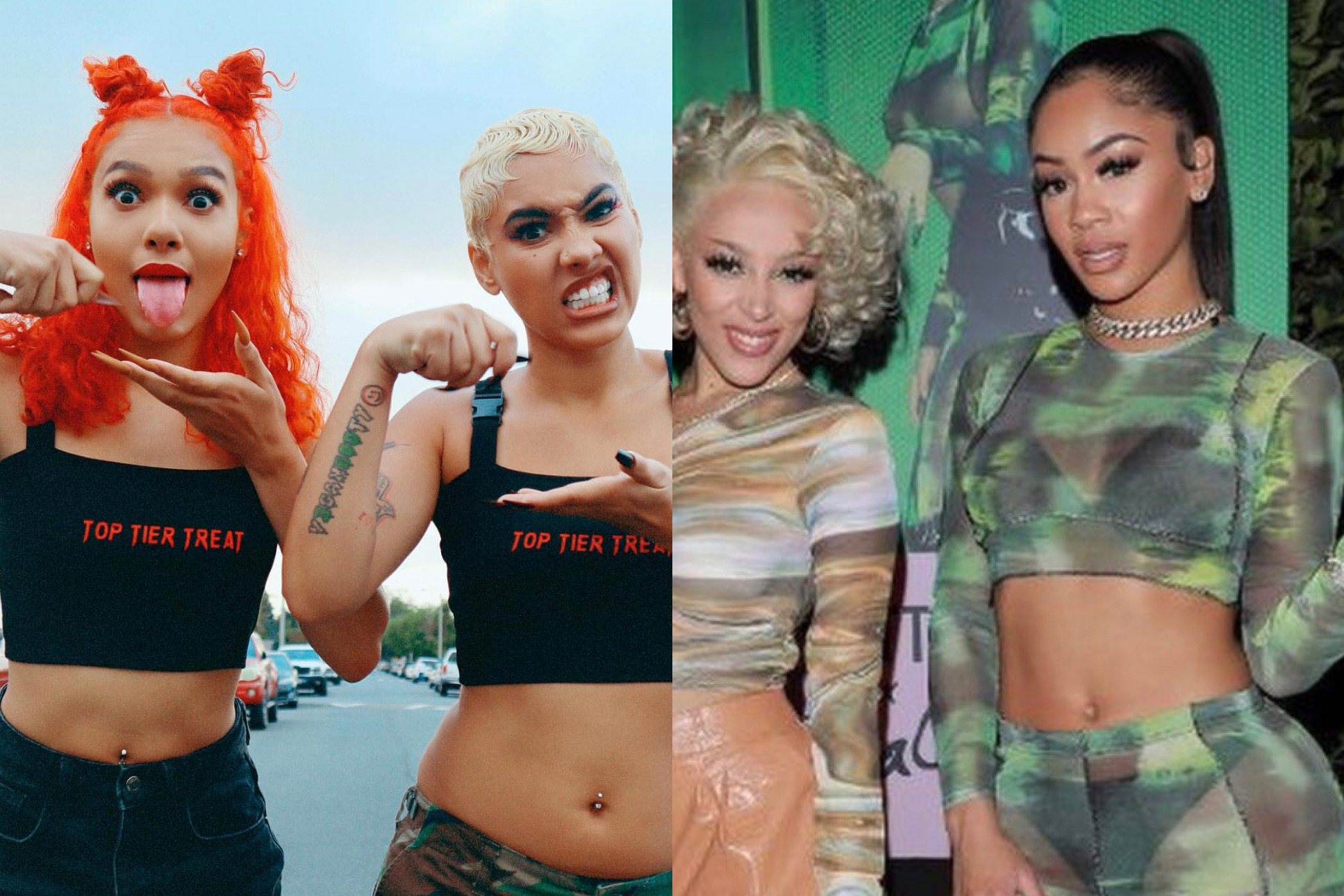 Saweetie’s new single hasn’t even fully premiered yet and there’s already drama around it.

It was about a month ago when Saweetie took issue with her label after her single “Best Friend” featuring Doja Cat was prematurely released. The track was swiftly taken off of all streaming services, but Saweetie herself has now confirmed that the collaboration is set to drop, once again, this week. When a Doja Cat stan account shared a sneak peek at the colorful visual and soon, it captured the attention of R&B-Hip Hop duo Ceraadi.

Roc Nation’s sister duo not only shared a clip of Saweetie and Doja’s upcoming music video, but they also posted a portion of their visual from their previous release, “BFF.” Along with the scenes, Ceraadi included screenshots of tweets suggesting that Saweetie and Doja copied their style and sound, and it all didn’t go unnoticed by the “Tap In” rapper.

“Omg we’ll totallyyyy add you in the credz! MY IDOLS,” Saweetie wrote sarcastically with a stream of emojis. Fans have argued that her track sounds like a sped-up version of Ceraadi’s, but you can judge for yourself. Check out the posts below and let us know if you see any similarities…maybe folks should wait for the full thing? What are your thoughts?

Can u pls stop being shady with doja and saweetie??? It’s very stressful for the fans that u are trying to sabotage the release… if u think they’re coping your song SUE THEM or talk to them but your show is completely unnecessary

@Ceraadi don’t speak on Saweetie or Doja ever again. Stay in a influencers place, please and thank you pic.twitter.com/0f57U3wEzc

ceraadi: a duo of musty trump supportin hoes. yall did not invent singin/dancin infront of/in a car &best friend been in the works since jan 2020. &if we wanna take it back doja &rico already served car visuals w tia tamara (2019) &that desert is from dojas rules. pack it tf up. pic.twitter.com/ilcu1mkSoW

now I’m a Doja Cat stan & i love Saweetie but …. y’all going to really sit here and say the song BFF by ceraadi don’t sound exactly like the one Saweetie put out?

Am I trippn ? I like sweetie and doja cat new song “bestfriend” but its the @Ceraadi vibes for me and the video to similar 😬💯