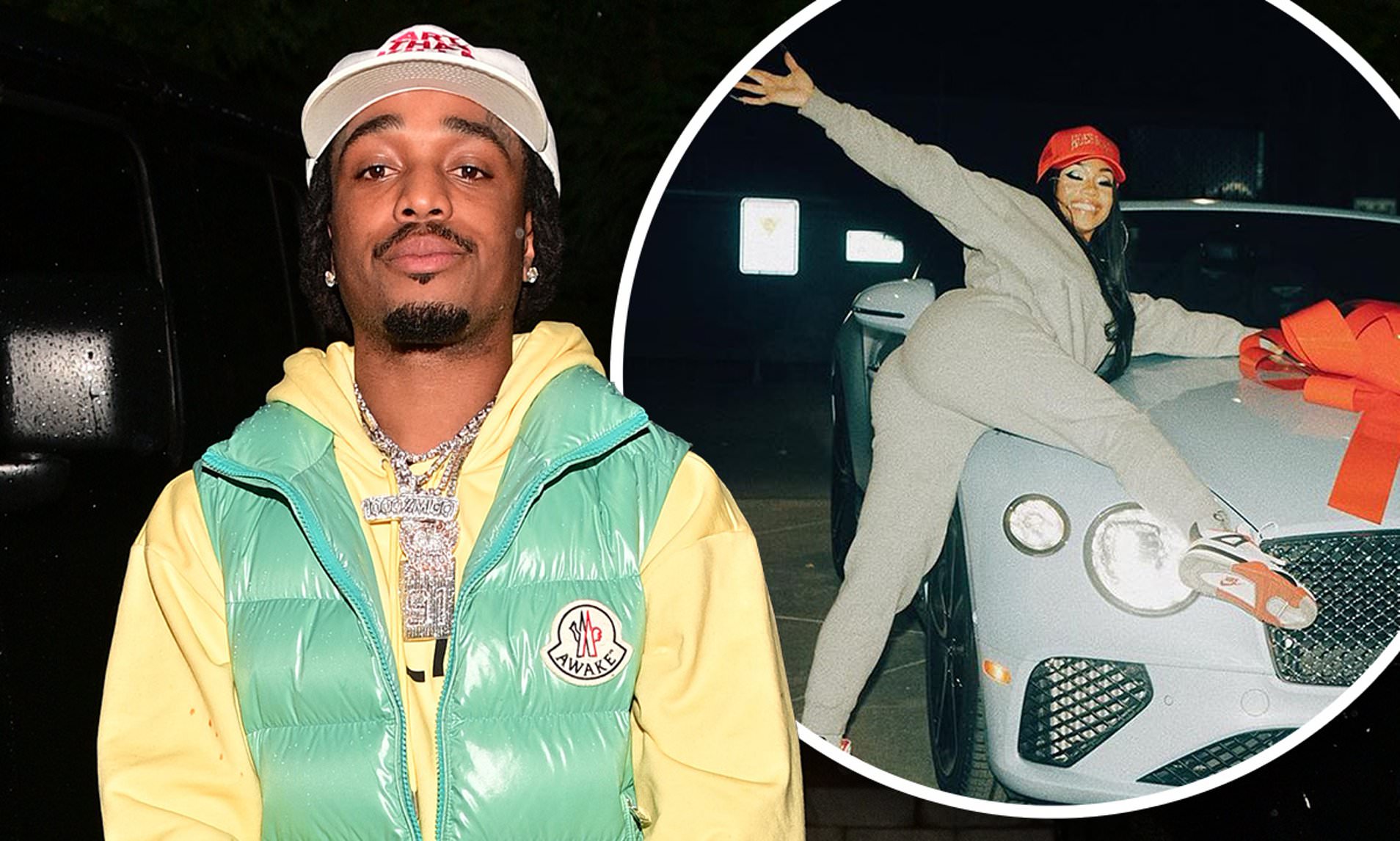 I could’ve sworn we all knew better than to trust reports from MediaTakeout, but the internet gon’ internet.

Rumors hit Twitter, this weekend, that Quavo allegedly sent a repo man to collect the Bentley that he had gifted to Saweetie before their recent breakup; however, TMZ reports that this is untrue. “Sources directly connected to Quavo” have told the publication that it is “flat-out false.”

The media outlet MTO originally reported on the story, claiming that the Migos rapper sent a repo man to reclaim the $350,000 car that he gifted her in December 2020. MTO explained that an “insider” claims that the Bentley was leased in Quavo’s name and he had an agreement with the dealership saying he could end the lease early for a fee. I’ve personally known since middle school that MTO is notoriously known for well, pulling “stories” out of their ass, but unfortunately many either didn’t get that memo or decided that the scandalous story was much better than the truth as the tale spreaded like wildfire.

Regardless of the story appearing to turn out to be false, fans on Twitter had a field day reacting to the rumors. The couple called it off, earlier this week, after Saweetie hinted that Quavo was unfaithful: “I’m single. I’ve endured too much betrayal and hurt behind the scenes for a false narrative to be circulating that degrades my character. Presents don’t band-aid scars and the love isn’t real when the intimacy is given to other women.”

In response, Quavo criticized her for publicizing the situation: “I know you want to make this into a show so I’ll play my part just this one time. I don’t normally put my business out there, especially my personal life. I feel the need to address this so there are no false narratives. I had love for you and disappointed you did all that. You are not the woman I thought you were. I wish you nothing but the best.”

Moral of the story, pay attention to where your news comes from folks. MTO will mess around and tell you Michelle Obama is pregnant with Trump’s baby if it means it’ll go viral. Do you think Quavo would have been wrong had he collected on the vehicle? Do you take back gifts after a breakup or take that L?