We live in a climate where unfortunately it seems many media outlets are focusing on clicks, views, and who can post what first rather than actually taking the time to not only do research, but also provide context and factual information.

We all know how the saying goes, “mo’ money, mo’ problems,” but what happens when those “problems” aren’t even what folks are making them out to be? She’s at the top of her game as one of the hottest artists in the industry, but where Megan Thee Stallion goes, controversy follows. The public is still hearing the fallout from the July shooting incident involving Tory Lanez and Meg’s former best friend Kelsey Nicole. While no one truly knows what happened that evening as stories and denials have been ongoing, Megan now has another mini-scandal making the rounds online after a report surfaced that a woman who is allegedly the rapper’s sister came forward to say Megan has neglected her.

However, that isn’t exactly the case here. The way the tale is being presented, is that the woman posted a photo of Megan bottle-feeding a baby. “It’s funny you only Held ya niece one time and never saw ya nephew once,” she supposedly penned in the caption to the photo while tagging Megan. “It’s crazy how you can do more for someone’s else’s kids that’s rich already but can’t keep it real with ya on blood.” However, the screenshot that’s circulating has been edited to fit a certain narrative. The woman who’s IG profile is “Gorejus_Rosebud” is indeed Megan’s sister on her father’s side, and she did previously have this photo of Megan holding her child on her page, however we can confirm it was apparently a male cousin who made the comment under that now deleted photo, despite it being portrayed that Meg’s sister is bitter and that the aforementioned was her caption.

“She is my blood sister and I would never out her on the internet, if you knew me you would know that,” the sister fired off in response to some of the hate comments she was getting. “Everybody that knows me know how I am about my family. That’s my damn sister why would I do anything to hurt or make her look bad?”

The woman has since removed the photo completely from her account after some were able to find her page and harass her in attempts to defend Megan after the story that was put out. All this to say, be careful what you put out there folks. This young lady is now being posted everywhere being accused of being bitter about her sister’s success…Chile, check out some of the receipts below: 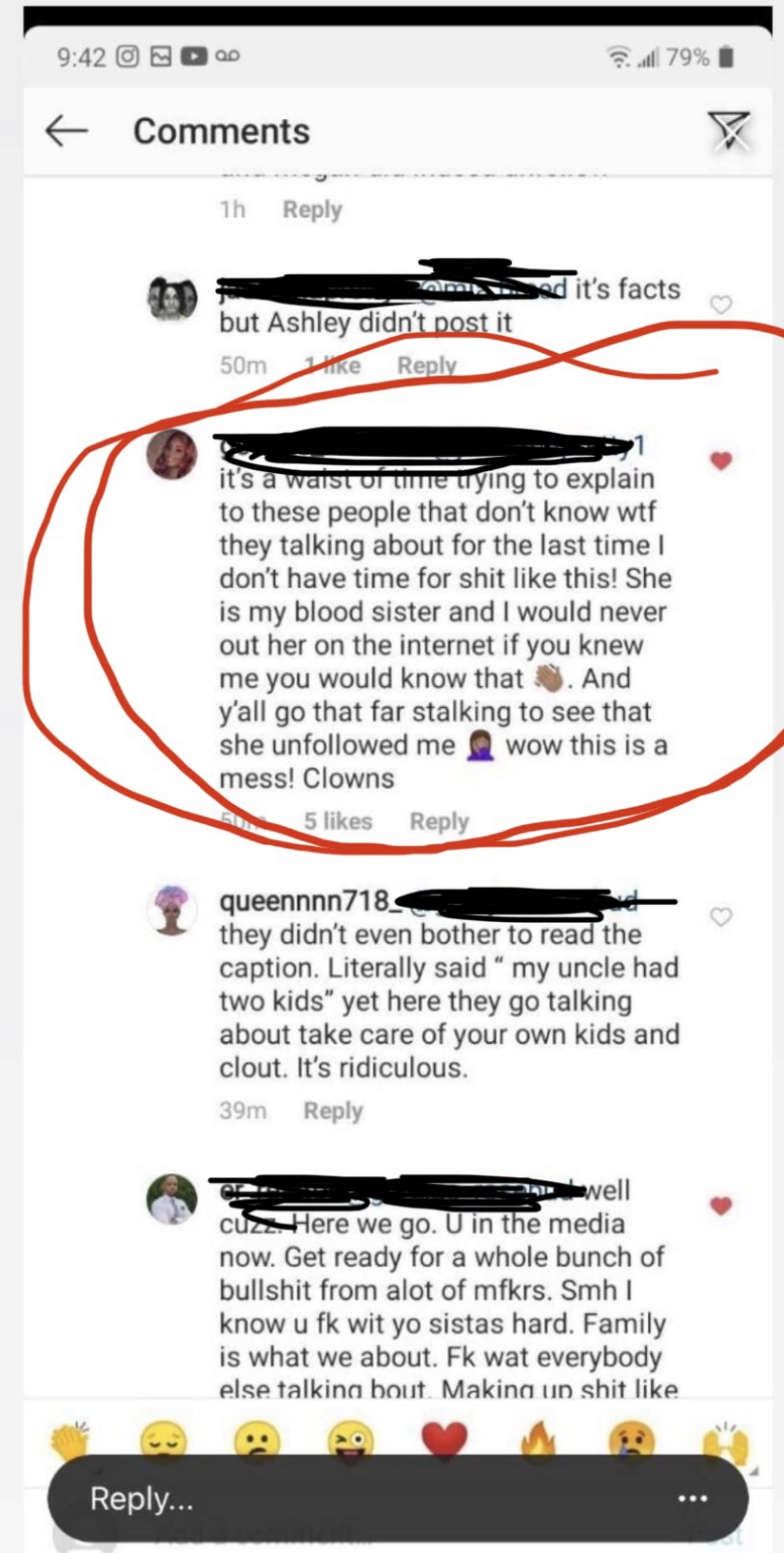 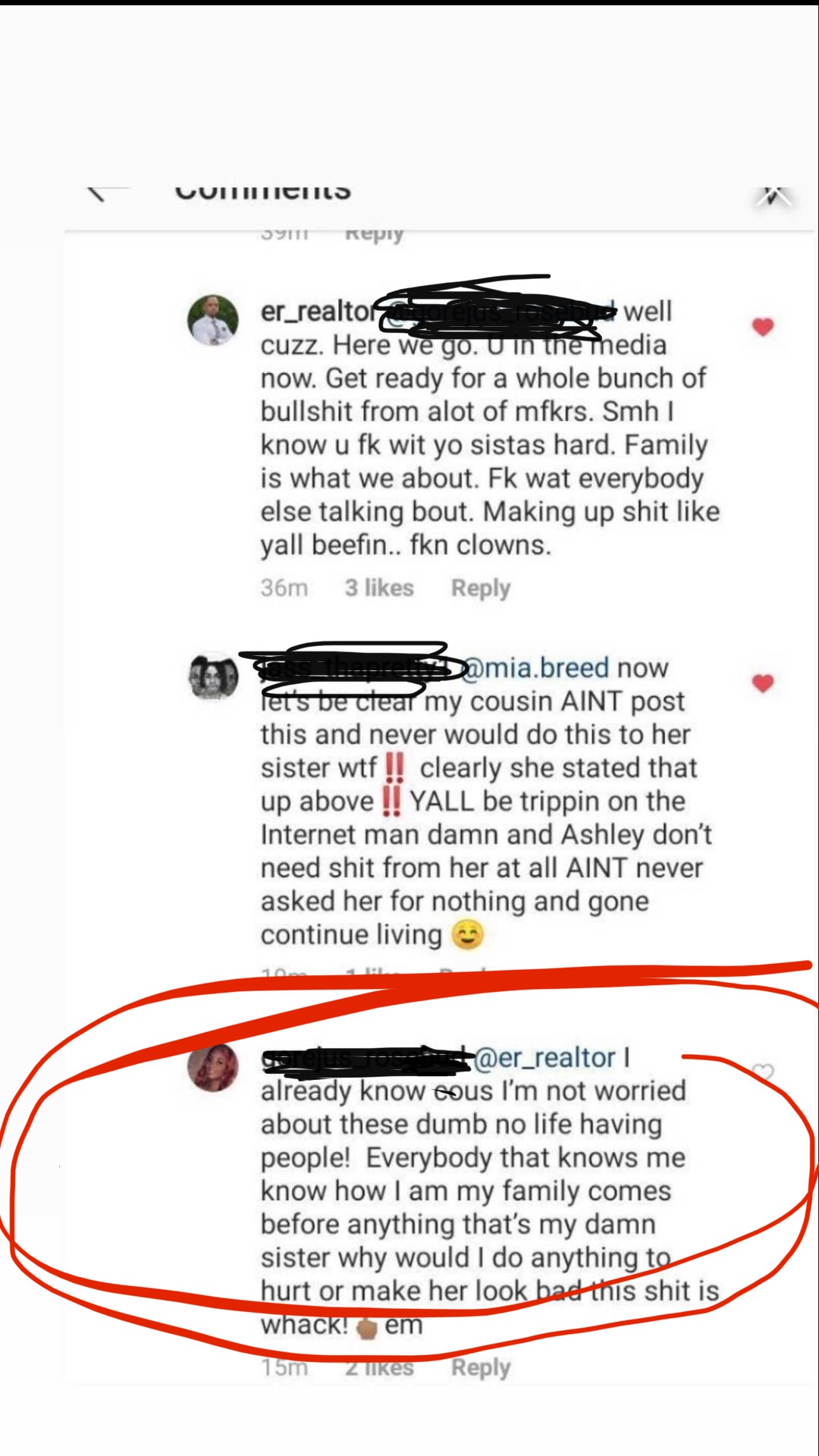 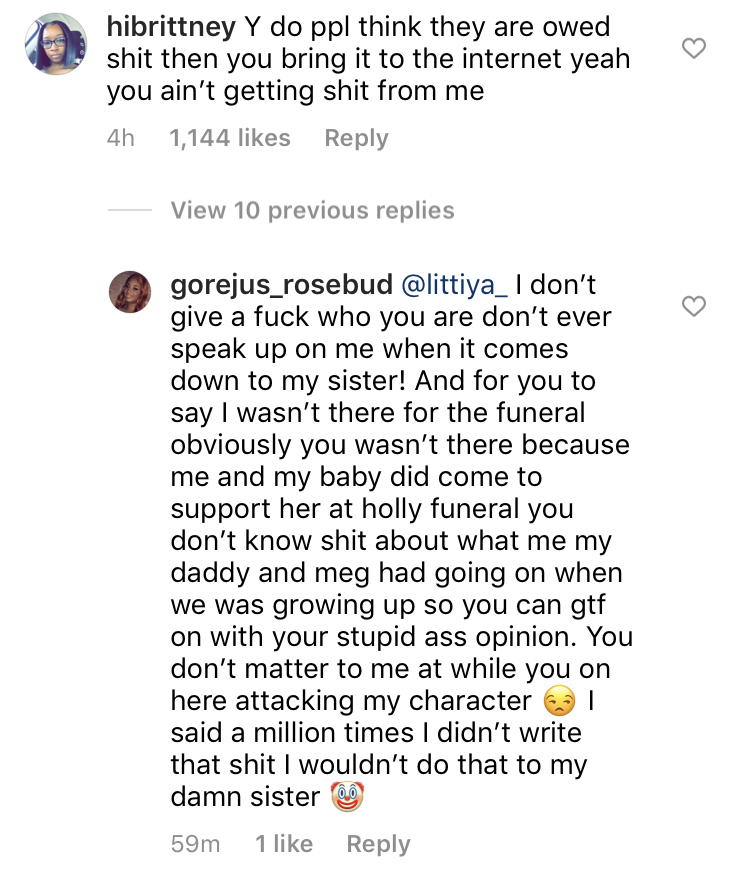