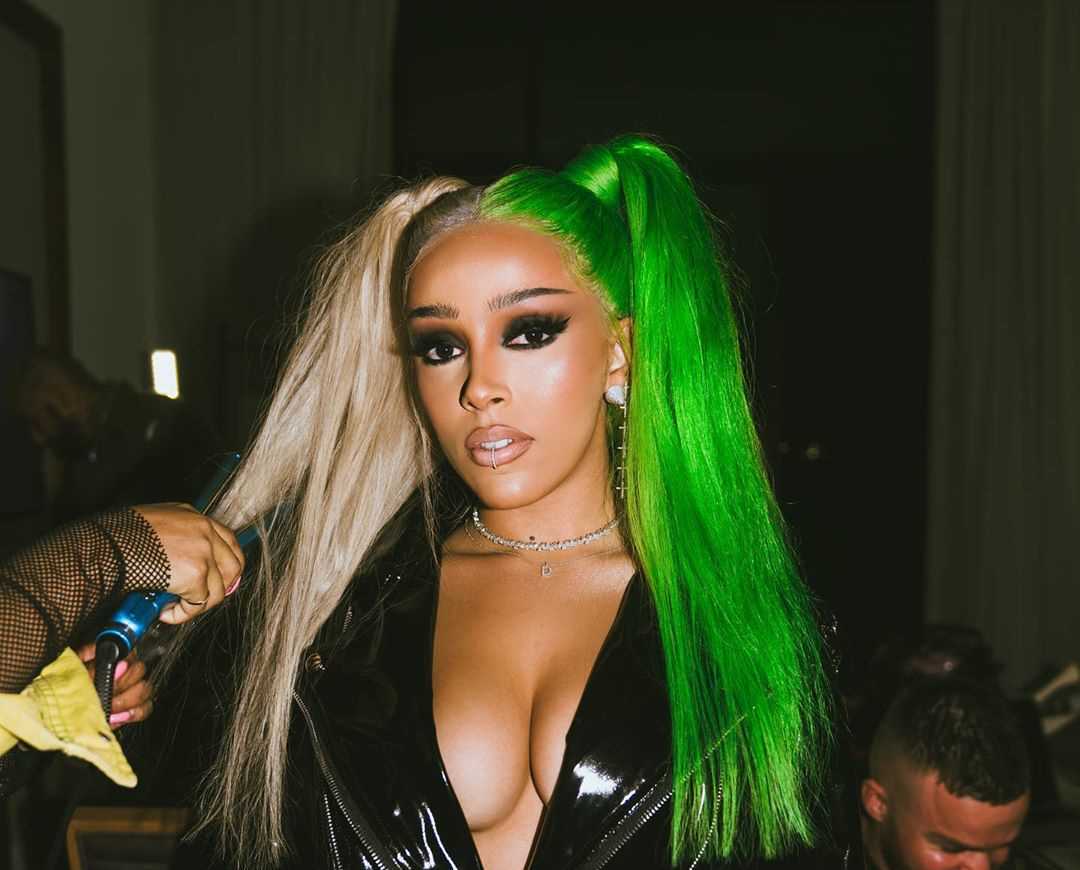 Doja Cat is absolutely blowing up on social media, earning her first-ever Top Ten single with “Say So.”

Several years ago, Doja Cat was viewed as a meme in the hip-hop community. “Mooo!” may have been funny, but it didn’t get her off on the right foot if she wanted to be taken seriously. After spending some time on her branding and her sophomore studio album, the Los Angeles native has re-established herself as a force to be reckoned with, cementing her as one of the most popular female rappers in the world and proving to her naysayers that she can do more than just look pretty in a cow costume.

Rising five spots on this week’s Billboard Hot 100 tally, Doja Cat has officially earned her first-ever Top Ten single with “Say So.” The song has been dominating on TikTok, and its popularity transcended social media to become a nationwide hit. In addition to its new position on the chart, it has also become the most-streamed song by a female artist this year according to Chart Data.

This is a big week for Doja Cat, who has also officially clocked in her first billion streams on Spotify, surpassing 500 million total streams on her new album Hot Pink.

Congratulations to Doja Cat, who has worked very hard to get to this stage of her career. Do you see this song potentially going to the top? Are you feeling Doja?