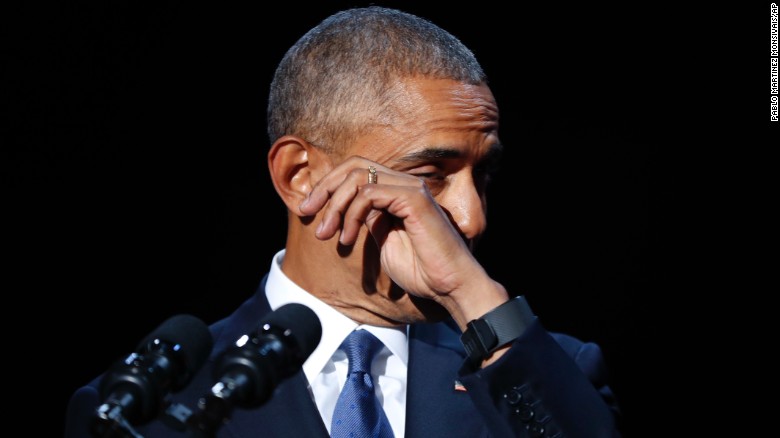 IN JUST NINE days, the country—and the world—will watch as president-elect Donald Trump is inaugurated as the 45th President of the United States. But tonight, President Barack Obama captured global attention as he delivered his parting remarks from his hometown of Chicago. And the White House made it easy for just about anyone in the world with an internet connection to watch.

For a president who more than any other to date sought to forge links with Silicon Valley, Obama made tuning in to his Tuesday night address awfully easy: the White House streamed the speech live on its own site via YouTube. (Watch the archived version below.)

In his remarks, the president cited Americans’ commitment to reason and capacity for innovation and practical problem-solving as hallmarks of the country’s unique democratic system—a system that will require optimism, civility, and solidarity in order to survive. “If you’re tired of arguing with strangers on the internet, try to talk with one in real life,” Obama said.

As he leaves office, Obama is still quite young: just 55. The future will no longer have Obama as president, but Obama is clearly not ready to take his hand off shaping the future. The Obamas will most certainly be missed.