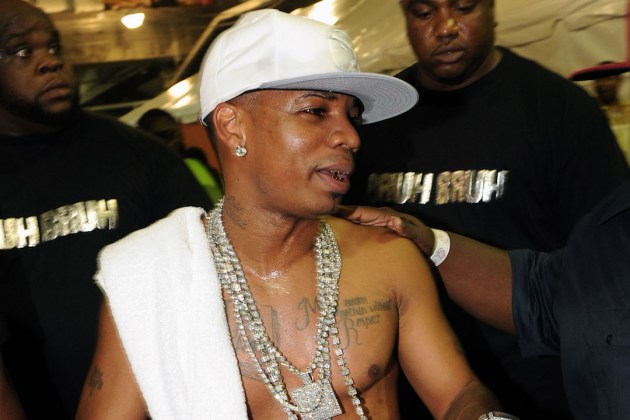 Back in January, Plies was arrested near Tampa Bay, Fla. for driving under the influence. When he was pulled over by police, the Florida rapper refused a blood alcohol content test and was taken into custody for DUI. He was released the same morning on $500 bond.

Now, about a month later, TMZ has obtained footage of the arrest caught by the police dashboard camera. Wearing a Macaulay Culkin in Home Alone tee shirt, Plies cooperates with the officers, telling them about a registered firearm inside his vehicle. He seems fairly lucid, asking the cops about the one-way street they pulled him over on.

Throughout Plies’ career he’s run into some trouble with the police, directly or otherwise. In 2006 he was booked for an alleged shooting at a nightclub in Gainesville, and the following year his manager was arrested with 80 pounds of cocaine on him.

Catch the dash cam footage below. Plies hasn’t let the run-in damage his spirits at all, posting to Instagram this week, telling his followers to be mindful of Valentine’s Day and not just treat it like an ordinary day.