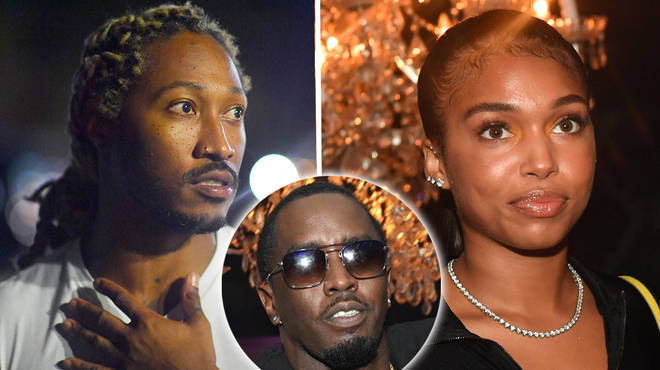 There’s never a dull moment on the internet nor between Lori Harvey’s legs.

Many are still treating Future and Lori Harvey as an unconfirmed couple, but they’ve been spotted together enough times recently to declare their relationship status official. Harvey has made headlines for flings she has had with several members of the hip hop community, including Trey Songz, Justin Combs and Justin Comb’s father, Diddy. Given her history with Diddy, Twitter got a good laugh out of the fact that Future and Diddy went jet skiing together on Thursday. However, Diddy must have not been too consumed by jealousy, since he had model Jordan Ozuna riding on the back of his jetski.

It wasn’t just the two of them celebrating the new year on the water. They were accompanied by DJ Khaled and Meek Mill, too. Meek Mill’s presence added a whole other layer of hilarity to the situation since he rapped on “Going Bad” that he’s “got Lori Harvey on his wishlist.” This jetski crew left many wondering whether Harvey came up as a topic of conversation and if so, what would Future, Diddy and Meek each had to say.

Why fight over a chick the streets already got 😎https://t.co/1RVWzjyApZ

Look at Lori Boo’s lmaoooo
Diddy and Future are Scorpios! This pic is so hilarious to me 😂 pic.twitter.com/cUboAzJqSr

Women stay falling out with each other over niggas. But when has these niggas ever done that. Future and Diddy jet skiing right now. Unfuckinbothered by the fact Diddy is Lori’s ex and Future is now with her.

So Diddy and Future all was hanging out riding jet skis and the world was like where is Lori….that entertainment business is exactly what it is entertainment

Fixed it for you 😉 https://t.co/QNkvFfNCOe

While the rap legends zipped around the Miami Intercoastal, Harvey was updating her Instagram followers that she was at home sick. This sent Twitter into a frenzy as people accused Future of neglecting his boo or Harvey of sitting out this potentially-uncomfortable bro-day. In the end, Harvey got the last laugh because, despite feeling under the weather, she was glowing in Balenciaga undergarments. Lori Harvey’s hot girl season is officially in overtime.