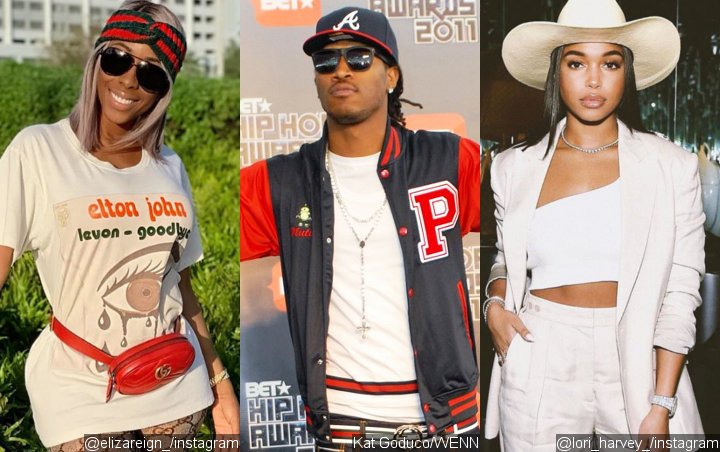 Future and Lori Harvey entered 2020 as a couple. Although the two only made it Instagram official in the past week, Future’s been dealing with some paternity issues. Among them are two women, one of them being Eliza Reign, who has taken to court and publicly called Fewtch out for the way he’s dealing with his alleged child. The thing is Future’s been quiet about the whole scenario as Reign’s continued to plea to court and to him to take care of his child.

With the entire Lori Harvey situation now playing a factor, Reign denied that he’s jealous of her in any way, claiming that she just wants Future to take care of his child. However, she made a major revelation on social media during a Q&A with her Instagram followers where she revealed that Future told her that he was getting married during his trip to Jamaica. Seeing as he was with Lori Harvey in Jamaica, does that mean that Future told Reign that he & Lori were tying the not?

“Y’all can stop pressing me about ‘Jamaica.’ I ain’t been trippin’ off that. That man told me he’s getting married. I just want him to do right by his kids ALL OF THEM,” she wrote.

After Future’s other alleged baby mama Cindy Parker was given the green light to serve the rapper paternity papers for a DNA test, it wouldn’t be shocking if Eliza was able to take Future to court. Take a look at the receipts below. Do you think Future could be preparing to marry Lori Harvey?…already?