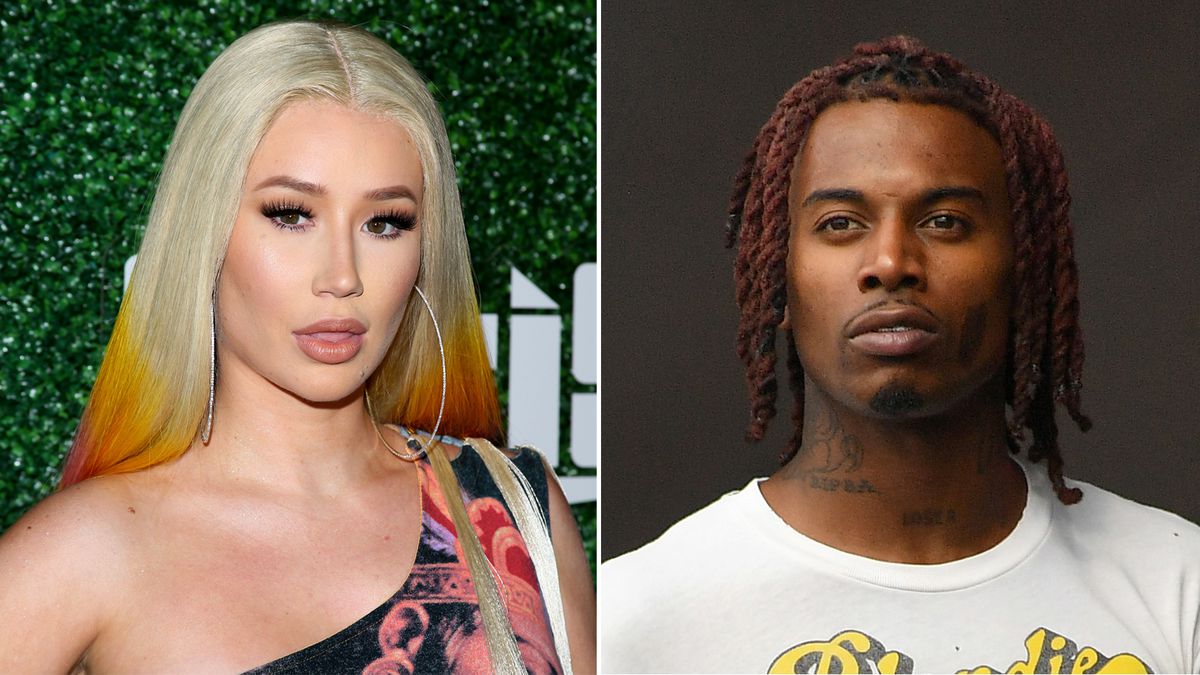 Iggy Azalea and Playboi Carti are rumored to have welcomed their first child this week, but fans didn’t even know they were expecting.

Several months ago, there were rumors flying around that Iggy Azalea was expecting a baby with Playboi Carti but, after she failed to address her alleged pregnancy, fans forgot all about the stories and went on with their lives. Now, those same rumors have resurfaced as Iggy has reportedly given birth to her and her boyfriend’s first child.

Social media has begun reacting to the surprising rumors that Iggy Azalea and Playboi Carti are welcoming their first child into the world. While neither of the two new parents has confirmed the news, sources including DJ Akademiks have addressed the story’s legitimacy.

“Talked to some ppl…. allegedly this is true,” said the hip-hop commentator on his page.

Iggy Azalea has been notably absent from social media for the last little while, which makes complete sense considering the fact she never actually confirmed her alleged pregnancy. She likely wanted to keep this special moment of her life private, as it should be.

The two rappers have been romantically linked since 2018, starting engagement rumors the following year and also leading fans to believe that they were expecting a baby. Apparently, that second bit was true.

Congratulations to Iggy and Carti if true! We can’t wait to see the baby pictures. Do you guys believe it? Take a look at some reactions below:

Talked to some ppl…. allegedly this is true. Congrats to #playboicarti and #iggyazalea if it is 🔥🔥🔥

Iggy Azalea hid the fuck out of that pregnancy, cause what in the blue hell- pic.twitter.com/4hnM10vtDY

So what is this I’m hearing about iggy and Carti and a whole baby???? pic.twitter.com/TJ4ZKH2acg