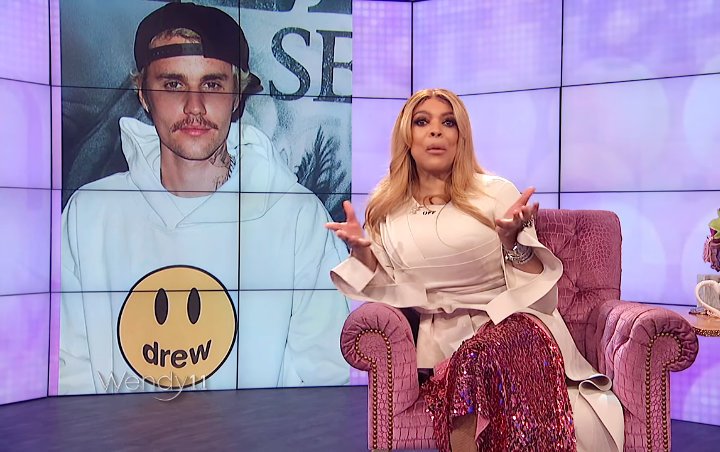 She said he “tore up” her green room.

Regardless of her past issues with substance abuse, Wendy Williams says she has no compassion for Justin Bieber. The singer revealed in the most recent episode of his Seasons documentary that he struggled with substance abuse. “There was a time when I was sipping lean, popping pills, doing Molly, shrooms, everything,” he said. “My security would come into my room at night to check my pulse. People don’t know how serious it got. It was legit crazy, scary. I was waking up in the morning and the first thing I was doing was popping pills and smoking a blunt and starting my day. It just got scary.”

Wendy addressed the revelation on her show during her infamous Hot Topics segment. “As soon as I heard it I was like, I don’t care,” Wendy said. “This boy has handlers. This boy has millions of dollars. This boy has mom and dad. He’s got Scooter Braun. He’s got his record label. Why should I care that he got hiccupped? I saw who he was hanging out with in the early days. I’m not surprised he was on lean, smoking weed at age 13.”

She then went on to say that the singer was a young, rich, and famous artist who rejected the authority figures in his life. “He tore up the green room here, I don’t have to tell you about that. He punched my John Anderson,” she said of her longtime staffer. “Everyone around here. But it was Scooter and his father that made him go upstairs and straighten up that green room.”

Wendy admitted that she hasn’t been keeping up with Bieber’s documentary because she doesn’t really care. “He’s decided that he wanted to stop doing drugs because he thought he was gonna die…duh!” she exclaimed. Check out Wendy’s rant about Bieber around the 12:00 minute mark below.  Does Auntie Wendy have a point?