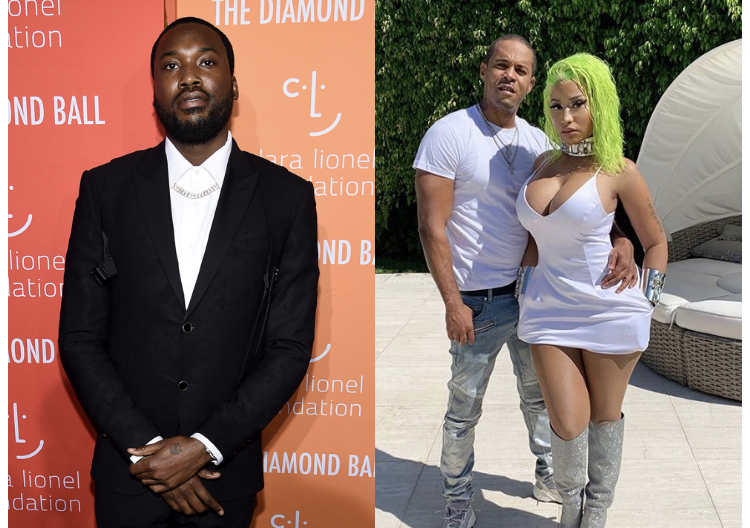 The double-tap tells it all.

Meek Mill got into a verbal altercation with Nicki Minaj and her husband Kenneth Petty last week after running into each other at a high-end boutique and now, he’s laughing quietly at his childishly dressed foe. The Philadelphia rapper famously dated Nicki Minaj for a minute before things got ugly. Their break-up has caused them to throw incessant jabs at one another in their music, with both stars clearly still in their feelings about how messy things got. On Meek’s side of the beef against his ex, his most recent moves on social media seem to show that he’s not finished trolling Minaj yet. Mill activated his Insta fingers according to screenshots, double-tapping a meme created to humiliate Kenneth Petty for his poor choice of dress and awkwardly posed pictures with Minaj looking like some sort of prop or mannequin. (A Jimmy Jazz mannequin to be exact)

A since-deleted post by a clothing designer followed by Meek Mill was clowning Kenneth Petty for his high school “drip,” editing him into the window at a Jimmy Jazz store. Meek found the post humorous, “liking” it before it was taken down but that came after somebody had taken a screenshot as evidence.

Of course, Meek isn’t actually saying anything about the meme. However, given the context, we wouldn’t say this is that hard of a reach. The internet doesn’t miss a thing.