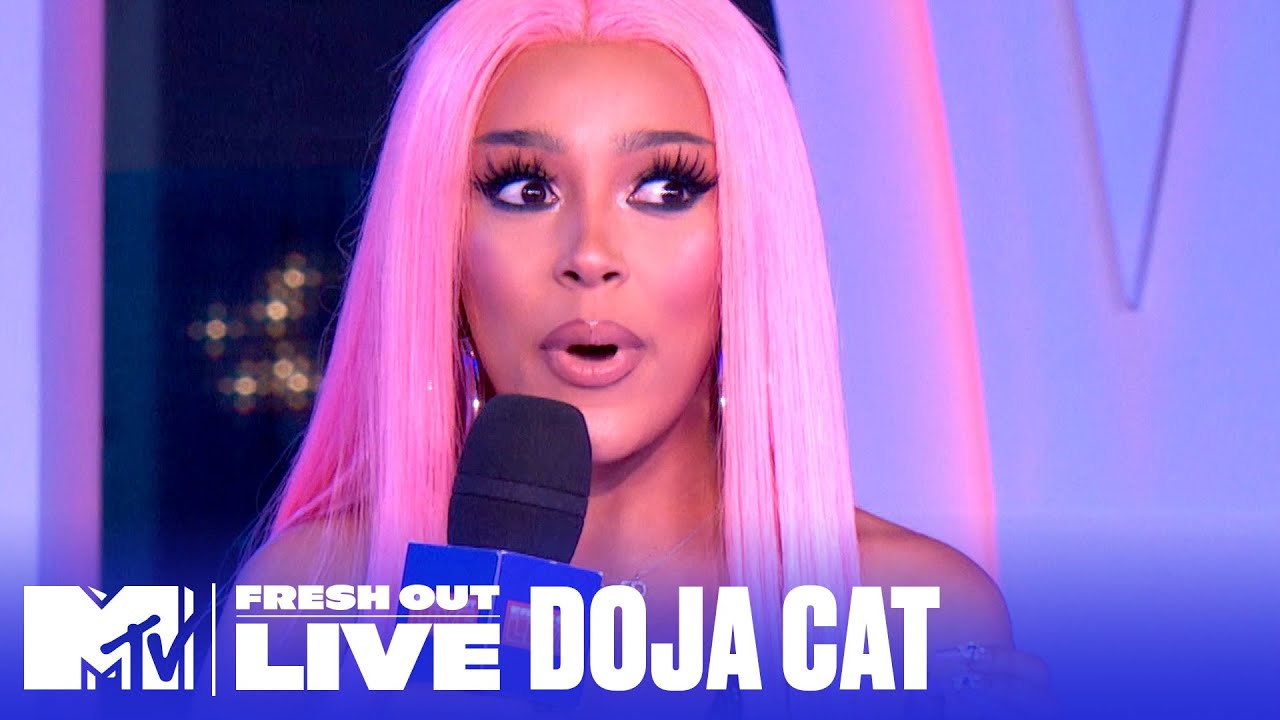 Doja Cat stopped by “Fresh Out Live” to talk about her forthcoming, sold-out Hot Pink Tour and set the tone on what to expect.

On the heels of her much-talked-about The Tonight Show Starring Jimmy Fallon performance of her hit song “Say So,” Doja Cat continues to make her rounds. On Thursday (February 27), Doja released the disco-inspired music video for “Say So” and on Friday (February 28), the singer-rapper visited MTV’s Fresh Out Live to chat about her chart-climbing single and her sold-out tour.

The Hot Pink Tour kicks off on March 25 and will feature other female artists including rappers Ashnikko and BigKlit. “I think it’s important to put women on, to give them an opportunity to get their bag and express themselves, but I picked them because I like them,” Doja said. “I think they’re very talented and I think they deserve it, because of their talent.”

Fans planning on attending the sold-out Hot Pink Tour will see that Doja has switched things up for her stage show. “I have a choreographer now, because I love you guys but I’m not gonna be going back and forth and twerking all the time. No more of that, she’s dancing now,” the artist said.

Doja also took the time to acknowledge TikToker Haley Sharpe who choreographed the dance moves to “Say So,” making the track a viral hit. “Thank you Haley, I love you so much. I wish she was here. I am so excited about this,” said Doja. “I’m so excited about the success that it’s made. I didn’t know people liked disco so much… That’s really really cool. I’m so grateful, it feels great.” Check out Doja Cat’s appearance on MTV’s Fresh Out Live below.