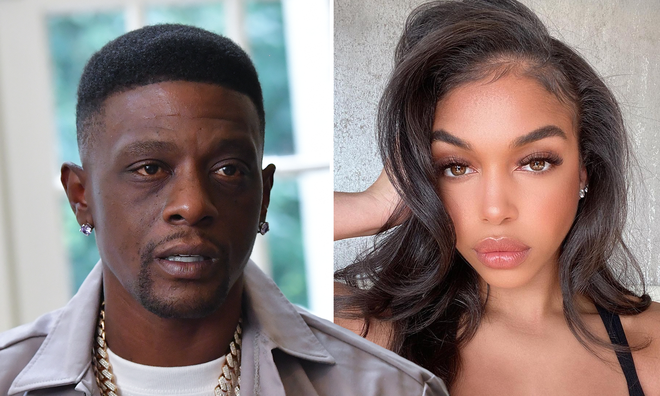 Boosie is doubling down on his previous comments about Lori Harvey as if he had a chance in hell with her anyway.

Boosie Badazz’s mouth gets him in trouble all the time. Once known for his music, these days the Baton Rouge native may has well become a gossip blogger because he’s more know for running his mouth about everyone else’s lives, more so than the few hits he made years ago. Boosie has made headlines because of his misogynistic comments about Lori Harvey, his transphobic comments about Zaya Wade, and much more. Over the years, people have learned to simply expect controversy from the loud mouth Boosie.

During the latest episode of Respectfully Justin with Justin LaBoy and Justin Combs, Boosie spoke about sex, women, and more with the two social media stars. The topic went to his comments on VladTV about Lori Harvey, in which he said the model shouldn’t be considered “goals” to younger women. During that interview, Boosie said he would have sex with Lori but, because of her “body count”, he would never get married to her. Not like Lori was interested anyways… Despite her completely ignoring the topic, Boosie is back on it, speaking with both Justins about it.

At first, Boosie said he wasn’t comfortable approaching the situation because people were still mad at him about but he quickly changed his mind. “I was really trying to be respectful but you know my words come out f*cked up,” said Boosie. “I ain’t mean nothing by it but I say what I mean and I mean what I said.”

He continued, saying, “I don’t want a car after it had eight owners. I’m not gonna take it home and wash it the same. I’m not gonna love it the same. People was getting at me– in my world, we f*cking. […] Like I said, I wouldn’t wife her but I still would love to have fun with her. With a woman that beautiful… I don’t have no problem with what she’s doing. ‘Cause I still tend to women like that. I was just saying, the ‘goals’ part I was looking at that different.”

What’s even more interesting is the fact that Lori’s ex (Justin Combs, who’s father Diddy is also her ex) is sitting in on this convo. What do you think about Boosie’s latest comments? Don’t get me wrong, Lori has definitely been making her rounds in the dating pool. However, it’s not Boosie’s place to publicly question what goes on between her legs as if he’s made his own ‘goal-like’ choices. Check it out all out below on the full episode of Respectfully Justin.