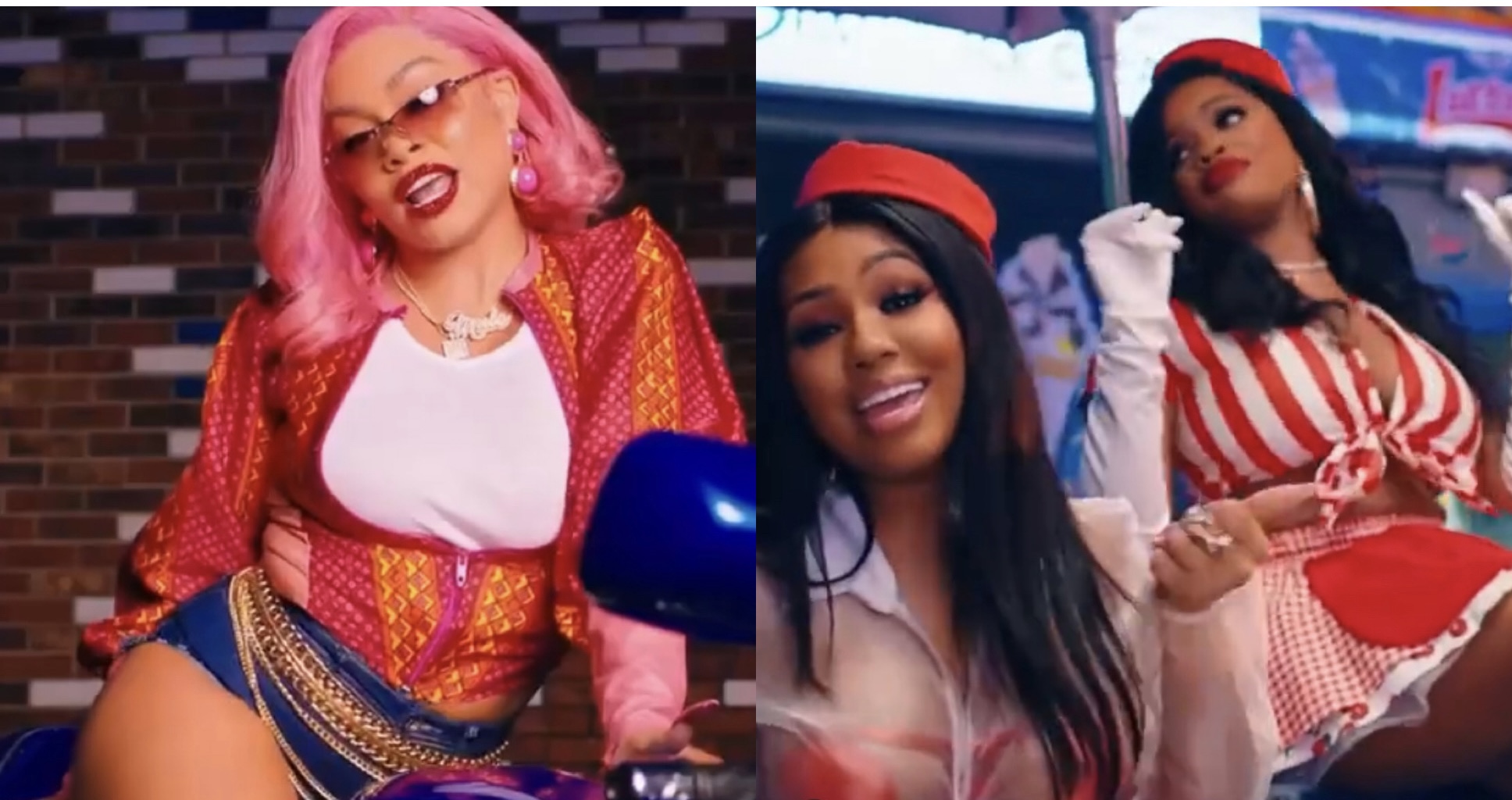 It’s been a slow but steady rise for Mulatto. Coming from under Jermaine Dupri’s wing, she’s began to establish herself as a leading voice in terms of rising women in hip hop. With the release of her latest project, Queen Of Da Souf last month, Big Latto made her formal entrance in the game with a tracklist that reflects her star potential and has been consistently releasing singles from the project since. Next up on her list of offerings, we see her join forces with the City Girls for “In ‘n’ Out.”

The track is definitely right up the ally of what we’ve come to expect from the City Girls own music, so it’s not at all surprising that Mulatto would tag them in for the feature here. It’s upbeat and catchy; you’ll definitely be bopping your head along to it. And of course, who doesn’t love hearing songs that hype them up? It’s essential to remember your own worth and hype yourself up sometimes, and this song is a great way to do it.

The videos see’s the girls being just as flashy as the lyrics as they attend ‘Big Latto’s’ restaurant and both figuratively and literally serve.

Quotable Lyrics:
Only big talk shit come out my mouth
You know the sex too good, can’t leave the house
I’m a spoiled-ass bitch, I like to pout
My nigga pop that shit if he pull it out

Take a look at the video for ‘In n Out’ below and let us know what you think. ISSA BOP OR ISSA FLOP?