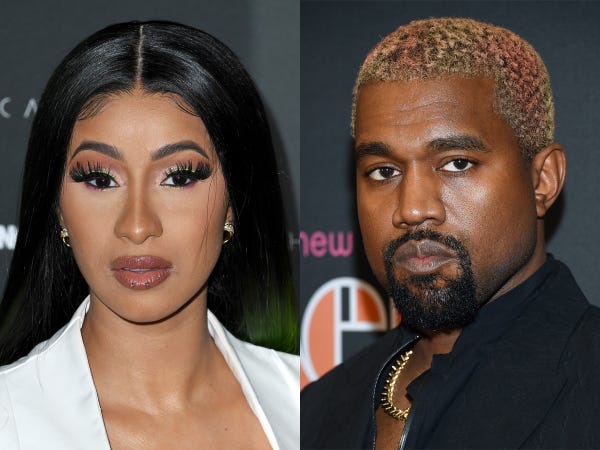 There are those who claim Kanye West is “cancelled” and then there’s those who look at reality.

Whoever is trying to say that Kanye West “fell off” probably hasn’t seen the first-week sales numbers for Jesus Is King. Or they might not be checking his Sunday Service attendance numbers from this weekend at The Forum. Or maybe they didn’t bother to even listen to the new project, which is still innovative and incredibly sonically pleasing. While the lyrical content might not appeal to everyone, Kanye West still crafted another masterful addition to his damn-near perfect discography, entering a new era of his life and focusing on his faith and his family. As reported by Complex, comedian Karlous Miller tweeted out that Ye “fell off” and that everybody is too afraid to say it. Cardi B had some words for him after the strong take.

When the folks over at Hollywood Unlocked reposted the news to their account, Bardi caught wind of it and felt spoke up to defend West from the nonsense.

“Kanye West found God and people call that falling off,” wrote the Bronx superstar in a comment on the post. This new era has been criticized at large by West’s detractors but, then again, when has Kanye not been a major topic of conversation?

What do you guys think? What’s interesting is folks that are connecting Kanye’s spiritual journey to one of the reasons some of us may feel he’s a bit “touched.” That’s not the case. We can’t knock a man for finding god and going about that as he see’s fit, regardless of his severly flawed political opinions. Thoughts? Peep the receipts below:

Cardi B defends Kanye West after comedian Karlous Miller tweets that he "fell off":