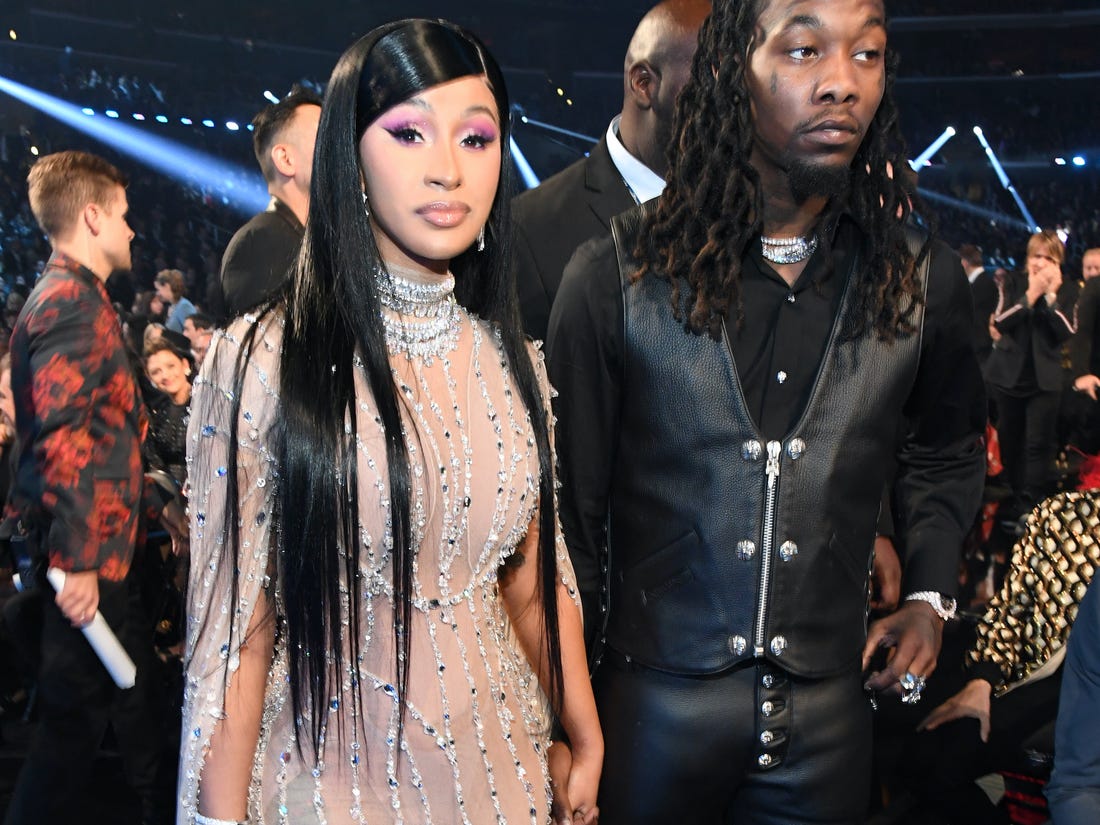 When people suggest there is a hierarchy within Migos, Offset “[shuts] that down immediately.”

People are often tempted to crown a leading couple within hip hop. It’s not extremely common that two rappers form a romantic union, so when that is the case, the couple receives much praise from the community. Offset and Cardi B became lovers when their respective careers were blowing up. They’re easily one of the biggest couples in hip hop, but Offset isn’t here for folks tying his relationship into some type of hierarchy for his group.

In Migos’ new cover story for Highsnobiety, Offset reveals how Cardi’s status has led to people trying to gas him up as the most prominent member of Migos. “I feel like a lot of group’s failures was about the power and the fame and not being strong-minded,” he said. “If someone tells you you’re better than the others, you’re the one, you’re bigger than everybody.’ And you carry yourself that way after being told that, you’re a weak-minded person. People tell me all the time, ‘You’re married to Cardi B. You’re the real star.’ I shut that down immediately. And it kills them so much, and I can see the darkness in their face. By even telling me I’m the star, you’re killing my memories. Period.”

Even though Offset is wary of his relationship with Cardi being cited as a source of inequality among the Migos, he’s still able to embrace his involvement in Cardi’s life and career as a blessing. “My wife’s success is one of the biggest things I’ve ever been a part of. She didn’t feel like she had it at one point. The world didn’t think she could rap. But I can tell when somebody is going to last, and when I met her, I was already wanting to know her before I ever even heard a song by her. That’s why she fucks with me and why our shit is so genuine. I did done some fucked up shit, but she knows that I fucked with her before I even knew she rapped. I knew she was a lost soul that was a superstar.”

Our new magazine HIGHStyle is here, starring none other than @migos. 📚🔥Tap on the video to add to cart. ⁠ ⁠ Since they Versace Versace Versace'd themselves into the heart of pop culture, the supergroup has been a force to be reckoned with and a living testimony to the power of personal style. Migos are more than just masters of the "skrrt skrrt." The group collectively flexes harder than most, with ice and garms that garner attention wherever they go. They walk around with their own shine, but we're still giving them the spotlight they deserve.⁠ ⁠ 📷: @torso.solutions⁠ 📝: @thomthomclub⁠ Stylist: @zoecostello⁠ Production: @brandebtw⁠ Shot at: @hubblestudio⁠