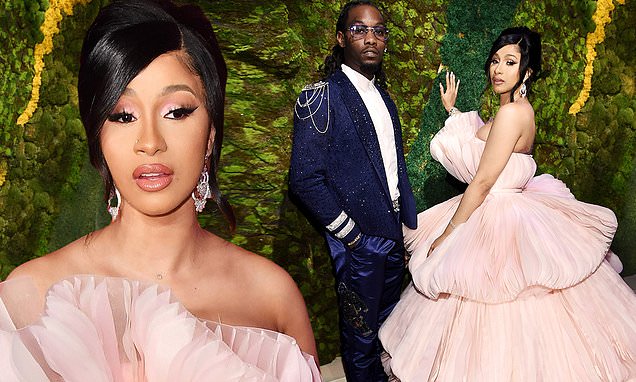 The sky is the limit for Cardi B and her hubby Offset agrees.

Cardi B’s career took off as a female MC whose lyrics detail her come-up from humble beginnings that many of us can relate to, to her very lavish lifestyle that has acquired her Balenciaga’s that look like socks and red bottom bloody shoes. The “Money” rapper has since made her acting debut in the Jennifer Lopez-led film Hustlers that follows a group of strippers who band together to get back at their Wall Street clients. For Cardi, this turns out to be the perfect film to make her acting debut as the film is getting rave reviews including Oscar buzz.

Offset and Cardi were both in attendance at Thursday night’s Diamond Ball hosted by Rihanna and the Migos rapper was told that his leading lady’s film was being talked about when it came to Oscar nominations. “I haven’t heard that. That’s crazy,” the “Clout” rapper told the folks over at Entertainment Tonight of the news.

“Can you imagine, Cardi and Oscar?” he was asked.

Hustlers has already succeeded at the box office, pulling in $2.5 million at yesterday’s box office with predictions to pull in even more for global domination. Have you seen the film? What were your thoughts?