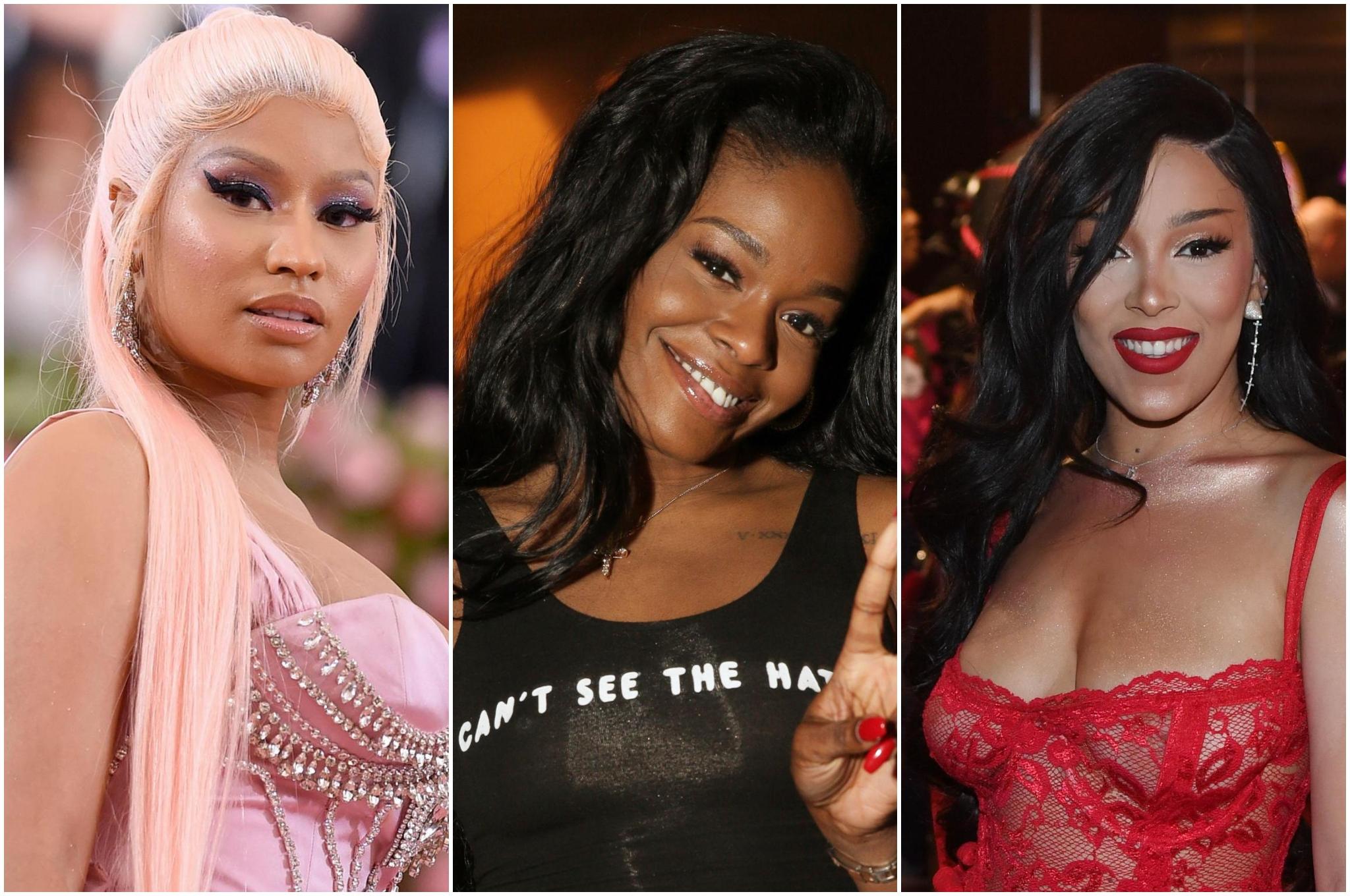 Whenever something pops off in the media about race, you better believe Azealia Banks is going to voice her opinion about it. This weekend, Doja Cat was revealed to have regularly frequented alt-right, incel-type chat rooms where she allegedly engaged in some pretty clear anti-Black conversations. The rapper, who has family from South Africa, has issued a poor apology for the videos before claiming that she was only there to “socialize.” Unfortunately, that clarification was not enough for some of her fans, who decided to cancel the rapper on Twiter.

Azealia Banks is among those who want absolutely nothing to do with Doja Cat and she’s also going after her “Say So” collaborator, Nicki Minaj, for remaining quiet on the issue.

“Another thing that I find fucking funny, is Nicki… for all the fucking mouth you have for Cardi B for talking shit about a black women, and now you quiet because you got your little number one with this white b*tch,” said Azealia on Instagram, referring to Doja Cat as a “white b*tch.”

“You a p*ssy ass b*tch. Fuck outta here. … You shoulda got right on that Queen Radio and you put that b*tch in the ground where she belongs. Put that b*tch down in the f*cking South African emerald mine where the fuck that white b*tch belongs. Now I’m looking back at it, you were just jealous of Cardi… She’s got more swag than you. You made a whole radio show about how Cardi B is bad for black women.”

In the same video, Azealia Banks also said she thinks Cardi B is trash (of course..a true hater can never hid their spots.) and claimed to have had sex with Dave Chappelle so, there’s that. Along with bringing up the fact that The Shade Room is on Nicki Minaj’s payroll. Take a look. What do you guys think?

Azealia Banks is back at it again at Nicki pic.twitter.com/mQJCsB0wkh

#PressPlay: After #TheShadeRoom posted #AzealiaBanks speaking on her alleged sexual relations with #DaveChappelle, she called out the CEO of The Shade Room for allegedly tearing down African-American women and stated that #NickiMinaj is on their payroll. (SWIPE)