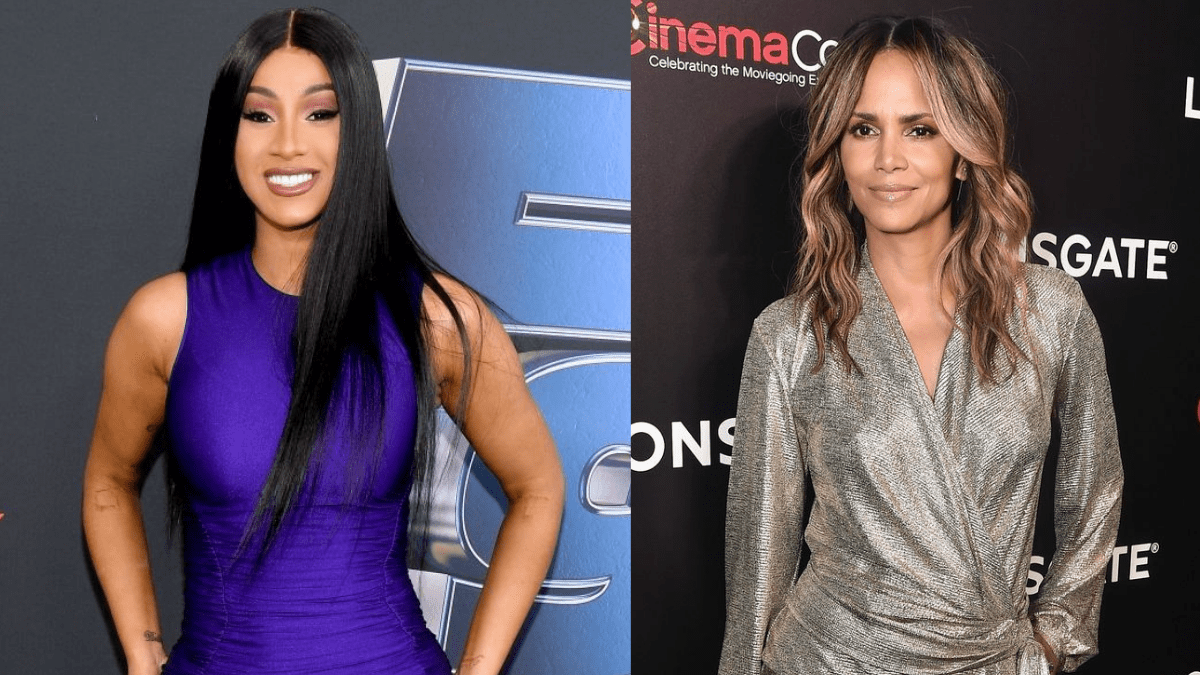 Here’s the thing, when an artist is hot and killing it, media often labels them the “king or queen” of whatever genre, but more so just to show that they’re at the top of the game right now. Which undeniably.. Cardi is. Nonetheless, this was Halle’s opinion. So it is what it is. What difference does it make? The way that some of these proud “Stan’s” carry on, you’d think there’s an actual crown being passed around that magically increases record sales or gives some type of life boost anywhere but the land of make believe.

I miss when fans actually just enjoyed their favorite artists music and refrained from parading around like an army of who has to harrass anyone who they feel is “against” said artist. Apparently no one is allowed to have an opinion opposite of their own, without them playing this imaginary episode of “Game of Thrones” where they have to protect their “queen.” Case in point, Nicki Minaj’s strangely dedicated legion of fans took it upon themselves to attack legendary actress Halle Berry, simply for showing love to Cardi B.

It all started because while hosting a premiere for the new film ‘Bruised’, Berry remarked: “I reached out to Cardi b because she’s the Queen of Hip hop,” when referencing her decision to bring in Bardi as executive producer for the film’s upcoming soundtrack. Sounds pretty innocent, right? Well not to a fan base as toxic as Minaj’s. Somehow this compliment made them feel justified in attacking the very unproblematic Berry and even referencing recent legal issues with her ex to taunt her. Seemingly in response to Berry’s comments, Winnie Harlow also labeled Minaj as “the one and only Queen of Hip Hop,” while presenting at the MTV’s 2021 Europe Music Awards, Sunday night.

This prompted Bardi to step in letting them know they’re doing way too much over something even she doesn’t take seriously, “I know how some of you girls like to tussle over this typa childish s***… but ntm on Halle Berry,” she tweeted. “Anyway her movie #BRUISED dropping THAT SHE DIRECTED HERSELF on Netflix on November 24th. The FIRST female rap movie soundtrack!! we produced together out this FRIDAY!”

Peep the mess for yourself below. Y’all aren’t tired?

"I reached out to Cardi b because she's the Queen of Hip hop"🤭🤭👑 iktr Halle berry pic.twitter.com/ZI77KjSeps

The barbz dragging Halle Berry as they should pic.twitter.com/O0GSslMA8M

Thank you Winnie , finally someone that is not deaf of lying like Halle Berry #MTVEMA #barbz #NickiMinaj pic.twitter.com/eXlkKGZXb5

Nicki Minaj in her crib, minding her business, going over her court statements for her rape harassment case and the barbz are harassing Halle Berry over the last thing they can… “the queen of rap” title… that Cardi is too grown to care about. Although she’s 10 years younger??? pic.twitter.com/a4ZwJwHnIy

The quicker the Barbz learn that everyone have different opinions then the quicker this fanbase will heal 😭 y’all going after Halle Berry for her opinion like it’s embarrassing pic.twitter.com/gBVvqNroei

// domestic violence
–
–
–
y’all are just as disgusting and weird as nicki and her nasty husband y’all know exactly how Halle Berry lost her hearing and the fact that a majority of y’all are gay men…giggling at a woman being abused over nicki minaj… https://t.co/fJiwuyRNUj

I know how some of you girls like to tussle over this typa childish shit… but ntm on Halle Berry. Anyway her movie #BRUISED dropping THAT SHE DIRECTED HERSELF on Netflix on November 24th. The FIRST female rap movie soundtrack!! we produced together out this FRIDAY!

Daily reminder that Cardi B has never claimed or wanted the title "Queen of Rap" Cardi B can be successful just with CARDI B. pic.twitter.com/aVaztY66lH