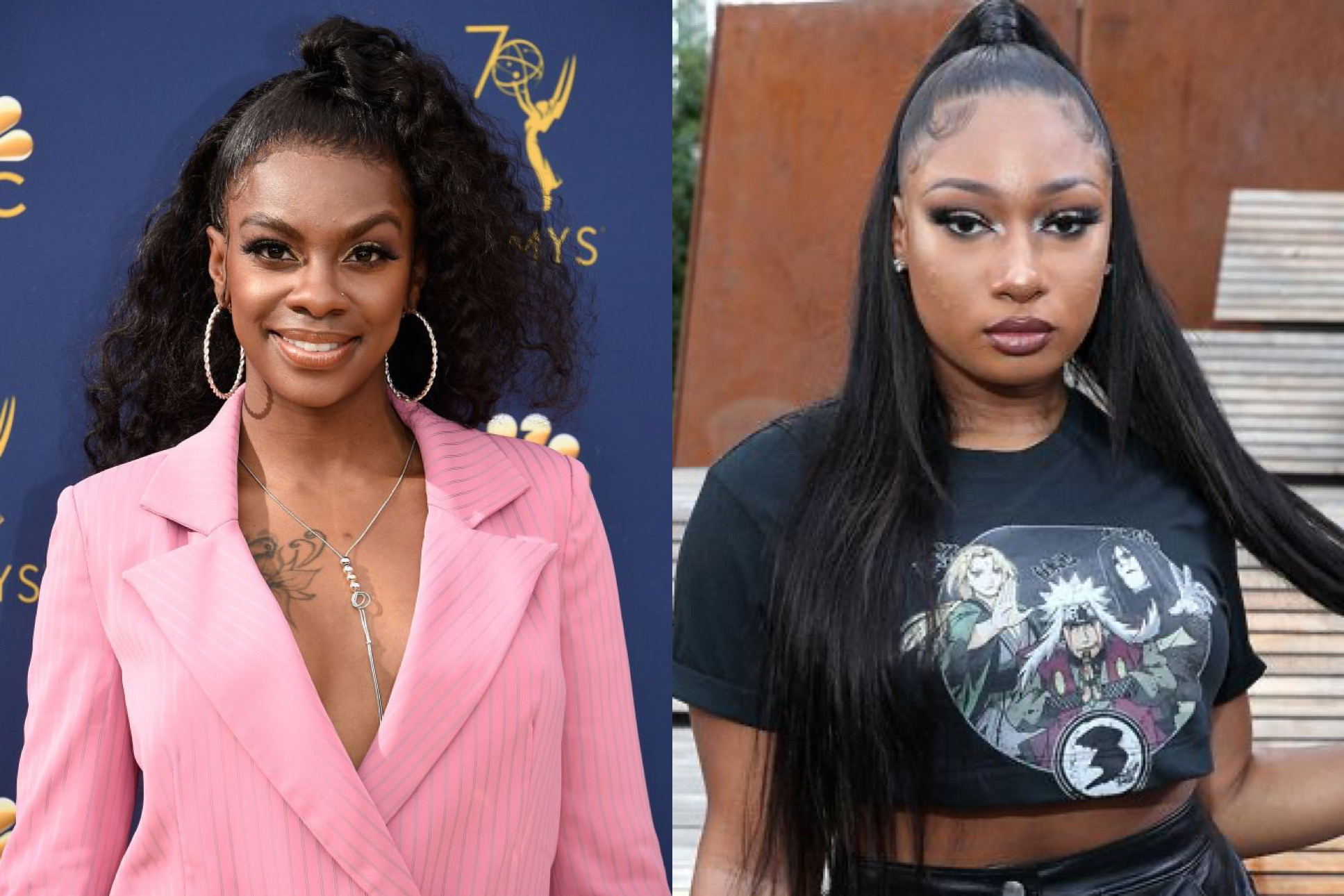 Comedian Jess Hilarious is being re-canceled for a messy joke, which many didn’t even find close to being funny.

Jess Hilarious is being dragged once again, this time for posting a video where she “re-enacts” Megan Thee Stallion’s shooting from earlier this month.

As you likely know by now, the comedian, best known for starring on Wild N’ Out, has been on a crazy downward spiral for the last year. She continually finds herself wrapped up in so much drama. At this point, it’s become a running joke to her. Now, she’s back in the headlines for her incredibly insensitive “re-creation” of the incident between Megan Thee Stallion and Tory Lanez.

was this supposed to funny . pic.twitter.com/c5EBDS1xXw

We’re continuing to unpack exactly what happened between them but Jess Hilarious seemingly has a good idea of what went down. She posted a video of herself in the car, pulling off some of Megan’s signature ad-libs and grabbing at her foot, noting that that’s probably what happened after she was shot. Then, she gave Tory’s point of view.

The humor here is… unforunately non-existent. Megan has already commented several times on people who are making jokes out of this situation, remarking that, because she’s a Black woman, people aren’t taking this situation seriously. This unfortunately is precisely the kind of behavior she was referring to.

Take a look at the video below and let us know what you think. Was it all in the name of comedy?..or should some things be off limits? Too funny or too far?

Mystery Media Crime 🔎 Ep 1 🚨🚨COMING TO YOUTUBE SOON🔍🔍 ➖➖➖➖➖➖➖➖➖➖➖ Disclaimer: I do not condone violence in no way, shape, or form . This is strictly for entertainment purposes.

Jess Hilarious reminds me of that girl in High School that always tried to clown someone in front of other people to look cool but wore the same huarache’s while eating hot cheetos and drinking an Arizona for breakfast. pic.twitter.com/gxoOZNB7sp

JessHilarious posted that absolutely horrific “reenactment” of Meg getting shot and B. Simone liked it. Where is cancel culture when you need it?

I don’t know what Jess Hilarious goal was but I don’t see anything funny about this shit at all. Folks really turning Meg trauma as joke. Sad part is Jess a whole comedian and still suck🥴 https://t.co/6c8i1VmHzu

JessHilarious can NEVER read a room. I don’t find her particularly funny anyways….but you just wanted to get your joke off so bad at another black woman’s expense…..huh? pic.twitter.com/ZpCtjHPXCH

One thing about JessHilarious, she’s gonna make sure we get her bald headed ass outta here at least once a quarter. Consistency. https://t.co/3axCY9GuEb

who is jess hilarious' audience ? Who is she doing this for?