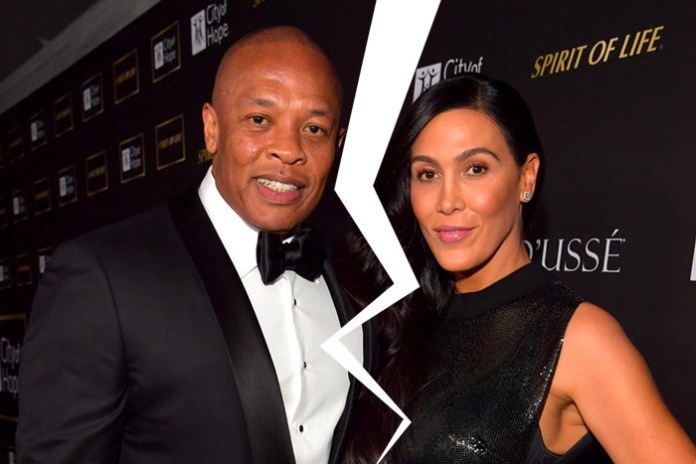 Dr. Dre’s wife Nicole Young is filing legal documents claiming that their prenup agreement is not valid since he ripped it to shreds two years after tying the knot.

After spending decades together, Nicole Young filed for divorce from Dr. Dre, citing irreconcilable differences. When their divorce was first reported, it was assumed that Nicole would be getting a hefty bag, considering the fact that they were married for over twenty years. However, the legendary producer had something to say about that, reminding her that they had signed a pre-nuptial agreement in 1996, which would negate most of the money she’d make off their separation.

In response to Dre’s prenup claims, Nicole Young is now filing legal documents that state that their prenup is no longer valid after Dre took the original papers and ripped them to shreds in a show of affection two or three years after they got married.

Nicole Young is asking the court to continue the divorce process without recognizing their prenup as valid, because of the fact that he ripped up the papers and because she feels she was coerced into signing them in the first place.

“I was extremely resistant and afraid to sign the agreement and felt backed into a corner,” says Nicole about the prenup she signed in 1996.

She goes on to claim that Dre confessed his love for her and eventually tore up the papers. “[Dr. Dre] destroyed the agreements as a grand gesture of his love for Nicole and his desire to have a marriage free of any financial restrictions governing their respective rights and responsibilities,” wrote her lawyers. “[He] felt ashamed he had pressured me into signing a premarital agreement and he tore up multiple copies of the agreement in front of me. Since the day he tore up the agreements, we both understood that there was no premarital agreement, and it was null and void.”

With that in mind, Nicole says that she spent the next twenty-four years of her life believing there was no prenup. She is asking for spousal support and an even split of their community property. She also believes that they should split all financial and property assets down the middle.

What do you guys think? Does the misses deserve to exit with a coin?