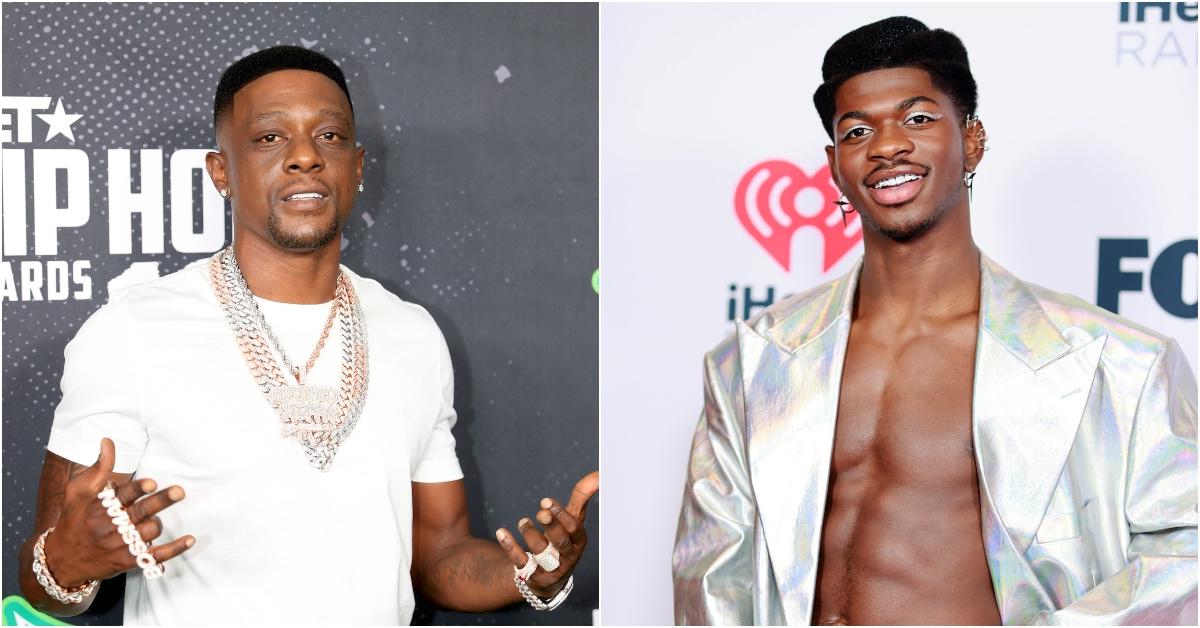 Mr. Bussy Badazz continues on his “I H*te Anything Gay” tour by taking his efforts to the Breakfast Club and discussing what is apparently his favorite topic.. all things LGBTQ.

I’m a little confused on how Boosie Badazz is comfortable with his career being reduced from being a rapper to just being an openly ignorant stereotype. I’m also equally confused on how he can speak against anything LGBTQ related so harshly and cite his reasonings being “the kids,” when he hired a grown woman to molest his own son and spewed all types of lyrical poision of his own back when he actually did focus on his music. I’m sure these are questions that not even the “They D*kin” rapper can answer himself, but he did take the time to visit the Breakfast Club on Monday morning in an effort to defend his latest homophobic rant of many which took place earlier this month.

Like clockwork, Boosie—who just added DaBaby to his Boosie Bash lineup after the Charlotte artist’s own homophobic rant—reiterated his statements, and somehow brought up Lil Nas X. “I just be feeling like sometimes I gotta speak up because, as far as straight people in the world, you don’t have any opinion. … If you say anything, ‘I’m straight, I like women,’ it’s vulgar,” he said. “You can’t brag on really smashing or your sexuality anymore.”

Charlamagne and his co-hosts told Boosie they disagree and pointed to the lyrical content of many tracks. Boosie then elaborated on his views on Lil Nas X, sharing that his concerns over X stripping onstage were for “strong, young Black men.”

Viewers of the show took to Twitter to discuss the situation, with many branding Boosie “corny and obsessive” for continuing to drag Lil Nas X.

Following the interview, one Twitter user wrote: “The Breakfast Club gave Boosie the bait and he took it. He had the opportunity to right the wrongs of what he’s said online about Lil Nas X and others and instead he doubled downed, actually tripled down, on his ignorant take.” Take a look at the interview followed by some of the reactions below. I honestly think people should stop wasting their voice on folks who are comfortable in igorance at this point.

I liked Boosie way more when he was doing Kappa dances. That was funny Boosie. Him trying to tear down Lil Nas X at every turn is just corny & obsessive.

it’s lil boosie saying lil nas x is a bad influence to kids….. umm sir what are you!? lol

Will Boosie ever stop talking bout Lil Nas X? Find out next time