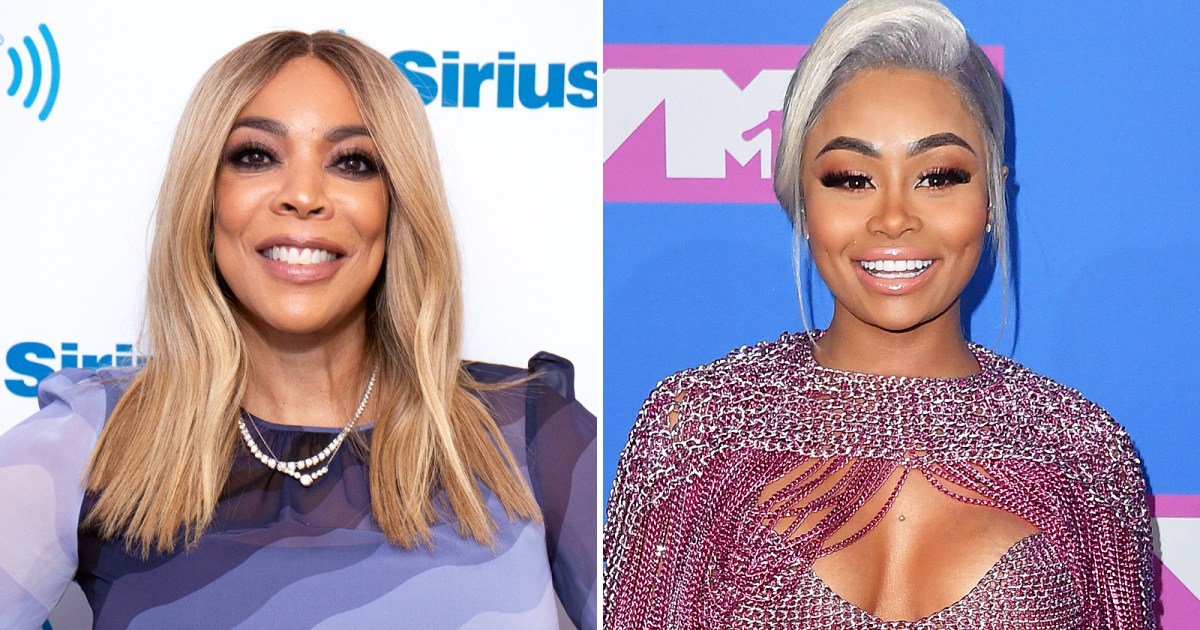 Chyna may have just learned the hard way that Wendy Williams may not be the “friend” to tell your business to.

A few days ago, we asked what in the hell was rapper Tyga doing with all this alleged OnlyFans income he’s bringing in after he had his former landlord accuse him of stiffing them on the rent, now, it appears we need to raise the same question to his baby mother, Blac Chyna. Wendy Williams is known for her sometimes messy antics that happen during her live show. However, this morning she blurted out some information that social media users feel wasn’t necessary.

While doing a segment with one of her correspondents who was addressing Tyga’s lawsuit situation, Wendy revealed that she received texts from Blac Chyna asking to help her find a place to stay.

‘Chyna texts me regularly ‘Can you help me find a condo I have no place to live?”

When her correspondent said that she didn’t know that Blac Chyna was contacting her, Wendy added: ‘Single mother of two, can I find her a place to live but it was like random maybe she sent a blast to everyone she knows.’ She then went on to detail how she left Chyna on read and didn’t respond because she “didn’t want to get involved,” despite brining it up on national television.

The clip has already gone viral and social media users have a lot to say about it. Most feel that Wendy was being unnecessarily messy and shouldn’t have said anything about the seemingly personal moment. ‘Maybe Blac Chyna needed a friend and not to be blasted,’ one person commented. While others argued that this is Wendy’s job.

This comes after Blac Chyna was revealed as the highest-earning celebrity on OnlyFans. It’s possible that Chyna actually just wanted a recommendation of places to stay because she plans on moving. Or, times may really be hard which could explain why she’s still trying to drain the Kardashian’s in lawsuits.

What do you think about Wendy’s ‘slip?’ Was she out of line? Peep some of the responses below:

I would NEVER tell Wendy Williams my business. Blac Chyna ain’t see what she did to Nene. Why they think that crackhead is their friend is beyond me🥴

Now if Blac Chyna went up there & cussed Wendy out from here to yonder she would be wrong… https://t.co/64G7w4FWbQ

now why did Wendy get on National TV and say that Blac Chyna texted her asking her to help her find somewhere to live? and then she said she didn’t text back because she didn’t want to be involved. Wendy messy. 😭

Wendy Williams is a mess … how she has friends is beyond me 😂 she sat on National Television and told the world that Blac Chyna texted her asking for her help finding a place bc she has no place to live … pic.twitter.com/gkhuG77rt8

Wendy William said her and blac Chyna text all the time then said Chyna texted her asking if she could help her find somewhere to live.. if Wendy was my friend and put my business out like that on tv she gone have to see me cause that’s shady af 🤣🤣🤣