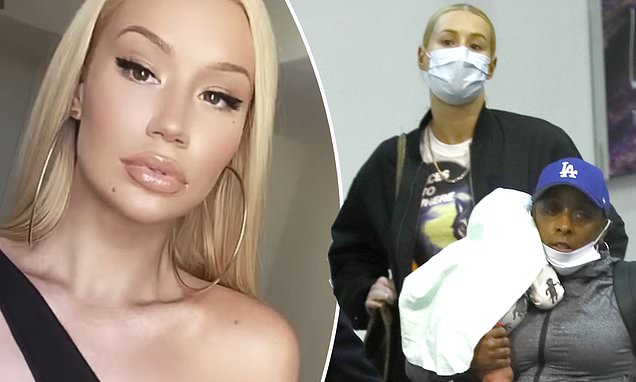 Iggy Azalea revealed the baby name that she and Playboi Carti picked out for their son.

A rumor was flying around that Iggy Azalea and Playboi Carti has decided to name their newborn baby boy “Gilbert,” which quickly became the laughing stock of the internet. Shortly after it gained some traction, Iggy shut down the speculation.

“I’m okay with y’all joking n all but let it be known I didn’t name my child that,” she said.

But what did you name your child? Such questions went unanswered but, finally, the Australian rapper has come through with the information that everybody was asking for.

“Baby boyyyyyyy,” wrote Iggy on her latest post. The sound clip is called “Amethyst and Onyx,” revealing that Iggy and Carti named their baby boy Onyx. Amethyst is Iggy’s given name.

In the clip, the pop culture phenomenon speaks to her little boy with joy in her voice. He responds with the usual baby talk but people even have jokes about that. In the comments, some smart alecs are saying that he already sounds just like his father, who famously raps in a high-pitched baby voice.

Congratulations to Iggy and Carti!

Last month #IggyAzalea confirmed that she welcomed a baby boy. Now although she has not shared photos of her lil bundle of joy, paparazzi spotted the new mom arriving in Los Angles with her baby boy earlier this week. (📸: Lion Share News)

This follows the first photos of Iggy and Onyx together as they arrived at the Los Angeles airport with Playboi Carti’s mother last week.

What do you think of the name they picked out?