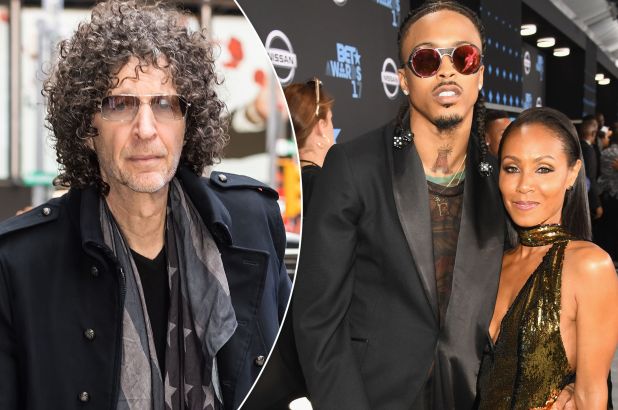 Howard Stern called August Alsina “a dickwad” for how he handled his relationship with Jada Pinkett Smith.

Radio veteran Howard Stern is taking shots at August Alsina for the handling of his relationship with Jada Pinkett Smith.

“What a fucking dickwad. Dude, you got to fuck Jada Pinkett Smith,” Stern said on his SiriusXM show, The Howard Stern Show. “By the way, put me in that line. That girl is hot.

“She fucking banged you. How nice of her. I mean look at her.”

Stern then went on to comment on Smith’s latest episode of Red Table Talk. Her husband, Will Smith, joined her to discuss their relationship and Jada’s affair. It was the most viewed episode on Facebook Watch.

“Now she’s got to go on Facebook and sit here and explain herself to Will Smith and her kids and her mother,” Stern said. “What did she do that was so horrible to this guy that he has to fuck her life up?”

In the episode, Jada explains that she had the affair while she and Will were separated.

“I still don’t know your name, asshole. You did a bonehead thing,” Stern concluded.

Will and Jada are currently vacationing in the Bahamas to get away from the media storm that has followed them over recent weeks.