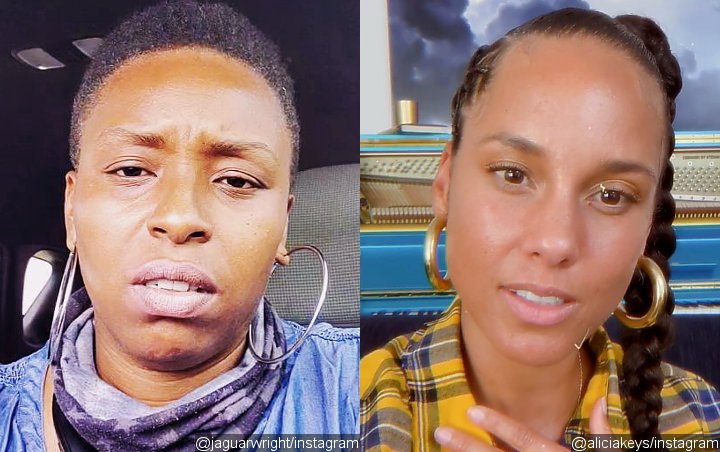 In an expletive-filled rant, Wright verbally attacked the Grammy-winning musician.

Another day, another set of blistering insults being thrown about by Jaguar Wright. We’ve heard quite a bit from the singer over the last few months, and none of it has been related to new music from the artist. Instead, she’s hurled accusations at some of her former collaborators including The Roots, who she said were aware of R. Kelly’s alleged interactions with underage girls, and Common, who she claims sexually assaulted her many years ago. Mary J. Blige and Summer Walker have also felt Jaguar’s wrath and doesn’t look as if Wright is finished verbalizing her issues now that she’s shifted her attention to Alicia Keys.

Alicia Keys isn’t the type of artist who is known to cause controversy, outside of those haunting stories that she had an affair with Swizz Beatz while he was married to Mashonda Tifrere. That gossip has been laid to rest, but Jaguar Wright has come forward to share her version of events and why she isn’t a fan of the beloved artist.

“That woman invited you up in her house thinking that you was an artist and you was coming in to steal her husband Alicia Keys, you f*cking goofy b*tch,” Jaguar Wright said in her expletive-laced video. It’s unclear why Wright has specifically targeted Keys, but it seems as if Jaguar believes that something Keys posted was directed at her.

Then, Wright goes on to talk about a man that both she and Alicia Keys both allegedly dated who told Wright intimate details about Keys. She claims that this ex of Keys’s found her sleeping with someone else during a surprise visit and was so devastated that he stopped trusting people. Wright went on to attack Key’s marriage with scathing words about Keys only marrying and having children to mask her sexuality. It’s a lot to take in, but you can press play below and check it out for yourself.